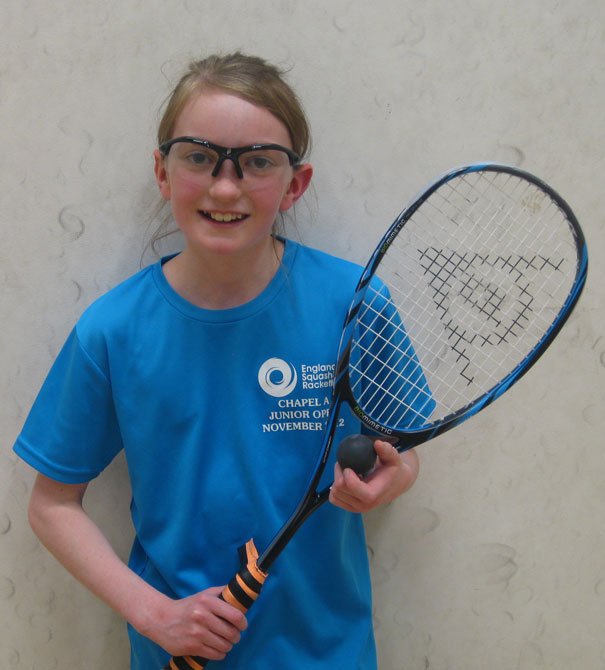 Beverley squash player Lydia Robinson (10) has achieved the No 1 Girls Under 11 national rankings for April.

Having started playing when she was 6 years old, the Hymers pupil reached the top of the rankings following a successful 12 months where she has won tournaments across the country including London, Halifax, Huddersfield and the Northumbria Open at Under 13 level in March 2013, and has represented both Yorkshire and the North East of England.

Lydia trains at Beverley and Hull & East Riding Squash Clubs and is part of the Humber Junior Squash Academy which oversees the development of local squash players across the Humber region.

Lydia’s coach, Adam Toes was full of praise for his young student:

“Lydia’s achievement of becoming the best Under 11 girl in the country is exceptional. She is dedicated and committed to developing her game and thrives on competition. She is a pleasure to coach and an example to every other young person who wants to achieve their goals.”

“Credit must also go to her older brothers James and Ben who have spent many hours on court with her and the fantastic support of her parents”.

Robinson will now be looking to achieve success at forthcoming tournaments in Leeds and Ilkley before taking part in the Under 11 National Championships in Manchester this June.

Over 250 young people have taken part in Humber Junior Squash Academy coaching, training and tournaments over the past 12 months at a range of venues across the Humber. For more information on where to play squash, please log onto www.hjsa.org

For the opportunity to watch world class squash at the forthcoming Allam British Open between the 20-26 May at the KC Stadium please log onto www.britishopensquash.net