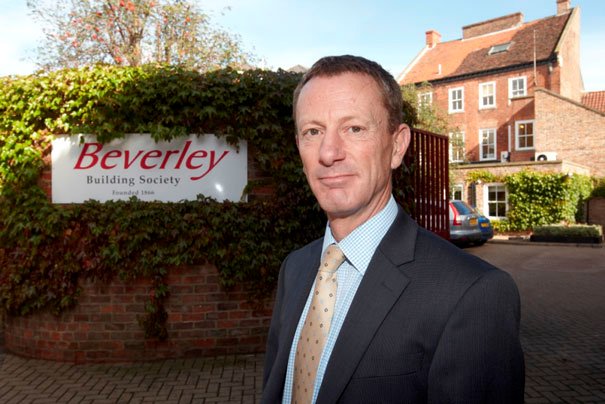 A Beverley institution which has served the town for nearly 150 years is continuing to go from strength to strength.

He said: “At the end of 2011 we set out a three year strategy to protect Beverley Building Society’s position as East Yorkshire’s only independent mutual and develop the business in line with the principals on which we were founded – to look after people’s savings and help them buy homes.

“The first year of the strategy has been a great success; we have seen growth across all areas of the business because we offer straightforward products and services that are easy to understand and no confusing special offers.

“People also recognise we are a mutual with no shareholders to satisfy and that we don’t pay ourselves bonuses, so in an era when trust in high street banks is at an all-time low we are able to show people there is a safer, local alternative for managing your money.”

Mr Myers added that a continued programme of staff development and community engagement added to the society’s success.
The business is currently on the lookout for a new non-executive director to strengthen its board, and now more than half of its employees are CEMAP*-qualified.

Beverley Building Society has also implemented a drive to increase the number of young people it employs and has recently offered permanent contracts to an apprentice and two graduate interns.

Mr Myers said: “Our aim is to remain an integral part of Beverley and the wider East Yorkshire community so we always look to employ local people and provide as many opportunities as possible for progression. That way our staff can develop their careers in the community in which they live.

“We also recognise the importance of supporting our local community because it is where the majority of our members live, and for that reason we get involved in a wide range of local events including Beverley Folk Festival, the Food Festival and Driffield Show.

“It is only by being at the centre of the community we serve that we will remain a trusted institution in the town for another 150 years and have the privilege of serving future generations who call Beverley their home.”

Beverley Building Society will hold its AGM on April 22nd at Browns Department Store in Beverley. Anyone interested in finding out more about how the organisation operates is welcome to attend.