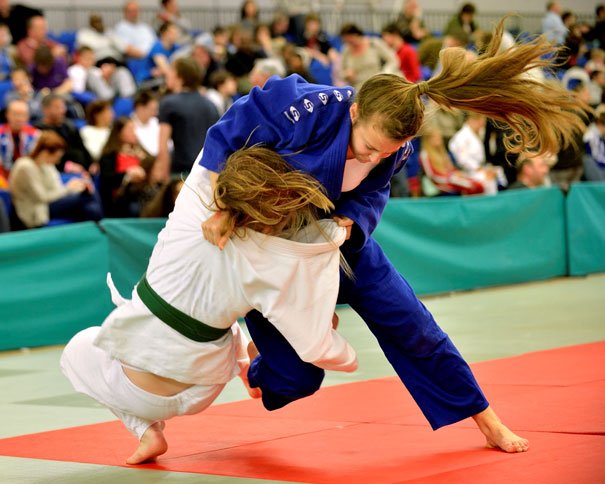 The East Riding Judo Academy reinforced its status as one of the countries leading clubs on Saturday when the British Judo Championships took place at The English Institute of Sport, in Sheffield.

The club sent six players qualified to the accepted standard, and it was leading light Tav Razzino, who showed the way. Razzino, last year’s Pre Cadet British Champion, moved up an age category to the Cadet section and fighting with an injured arm sustained at a Belgium training camp, he still, after winning a succession of bouts against, by and large, older opponents, secured a bronze medal confirming him as one of the country’s top competitors.

Three others staking a claim to that label are Holly Bentham, Tanith Spencer and Jordan Jones, who all secured fifth-place finishes.

Bentham and Spencer, whose endeavours in their categories were especially commendable as both are at the younger end of their bandings.

Bentham who produced some top-class judo on her path through the rounds was literally ten seconds away from a bronze medal of her own before being caught with a hold down move in the eliminator.

Spencer displayed her tenacious fighting skills and great self-belief again only to be denied her place on the rostrum at the last gasp.

Jones in one of his last competitions before joining the army excelled, producing some devastating throwing moves before marginally missing out in a bronze medal showdown. Jones, however, can be proud of his achievement eventually establishing himself as the fifth-best fighter in Britain in the -81kg category.

The remaining East Yorkshire players Harry Platten and Josh Burns fought gallantly in their respective categories winning some of their bouts but unfortunately on this occasion not sufficiently enough to move within striking distance of the medals.

Next week sees some of the clubs older members fighting in the junior and senior categories.