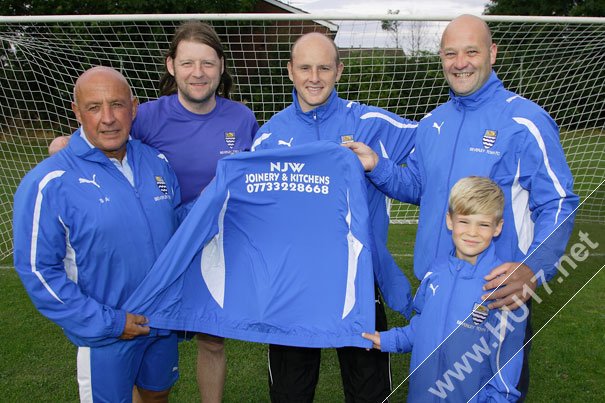 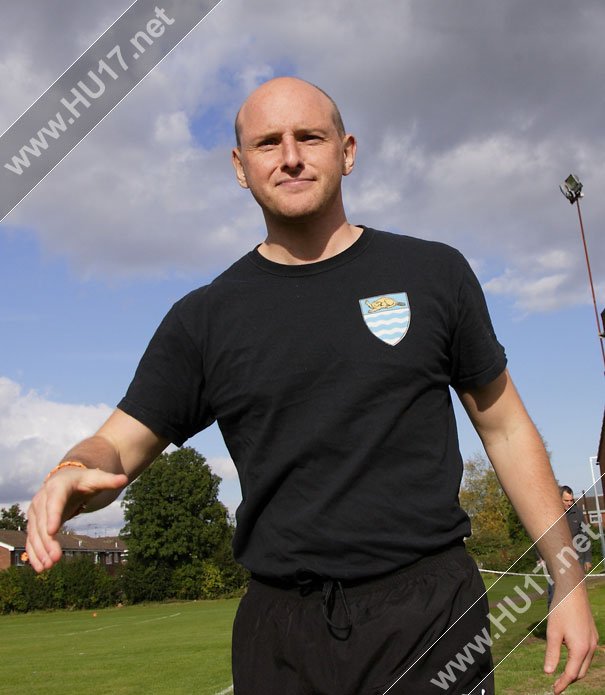 Beverley Town FC have expressed their thanks for the support and sponsorship of NJW Joinery Services, who have provided the first team players with training kit.

“It was an amazing gesture by NJW Joinery & Kitchens (Tel:07733 228 668) to come forward and offer a substantial sponsorship deal which primarily funded the full first team squad tracksuits.”

“It is also especially kind when the offer is from a long-serving Beverley Town player in Nick Wainwright.”

“Nick has felt that the time was right to put something back into the club and for this the lads, committee and myself can’t thank him enough. I hope this is the beginning of a long and successful partnership between Beverley Town & NJW Joinery & Kitchens.”

Back on the field of play Beverley Town FC continues to go from strength to strength and currently sit top of the Humber Premier League after back to back wins, including against the title rivals North Cave.

When asked about the season so far Ricardo said;

“As we reach the half way point in the season I would say I am reasonably happy with the position we are in.”

“Top of the table, in the quarter finals of both cup competitions is where we could only have dreamt to be at this point when we took over in June but this is the reality.”

“There is a lot of work to be done to achieve what Beverley deserves, but I know the players and staff are willing to continue to make the sacrifices and effort to get there.”

Town were due to face local rival Hodgsons FC at Bishop Burton College, though a mix-up in bookings has seen the fixture postponed, With no game this week the lads have been training twice as often and twice as hard.

“Their attitude has been second to none and without their dedication, we wouldn’t be in the position we are in now, we cannot wait to get back out there playing.”