The blue and golds took 2 valuable league points last Saturday at the Leisure Centre in a game which they appeared to dominate from start to finish but astonishingly only won by 10 points.

There were several encouraging performances. Man of the Match Nathan Wilkinson punched holes in the opposition defence all afternoon with Lee Stevens, Dave Nicholson and Tim Niccolini also contributing well in the pack. Debutant Nathan Hoggard also showed promise for the future on the wing and Steve Connolly returning from suspension looked as solid as a rock in defence and also a constant threat in attack.

The first 15 minutes were scoreless as both sides slugged it out. Then the deadlock was broken when a clever switch of play to the blind by player coach Guy Adams saw him feed Lee Stevens, who in turn slipped it to Mike Cooper, who dived over in the corner. The restart kick by the visitors went out on the full putting Beverley immediately on the attack again. The resultant set of six saw recent signing from Cottingham Tim Niccolini charge over for Watkin to convert.

The visitors then got a spell of more possession and territory but a speculative pass out wide was intercepted by Lee Facus who raced 70 metres for a try that was converted to send the hosts 16 points up at the interval.

The home side attempted to turn the screw early in the second half with a try soon coming courtesy of Steve Davidson going in off an inside pass from Guy Adams. The team try of the match followed ten minutes later with Nathan Wilkinson breaking strongly down the left flank. He kept the ball alive to Guy Adams, who crabbed across the field to Find Lee Falcus, who sidestepped neatly inside to give the perfect pass to the supporting Ian Esselmont who registered his first try for the club. Watkin converted, and Beverley were out of sight at 28-0 midway through the half.

The final 20 minutes saw the hosts somewhat take their foot off the accelerator pedal and the visitors added a quick 12 points. Nathan Wilkinson steadied things down when taking advantage of a Fenners fumble to charge through and score.

Fenners did, however, register a further 12 points in the last 5 minutes to make the score line look far closer than seemed likely earlier in the game. Coach Guy Adams commented ” This was a badly needed win but we need to be a little more ruthless when we have our opponents on the ropes”

This Saturday Beverley are away to Scarborough kicking off at 2pm at Eastfield. 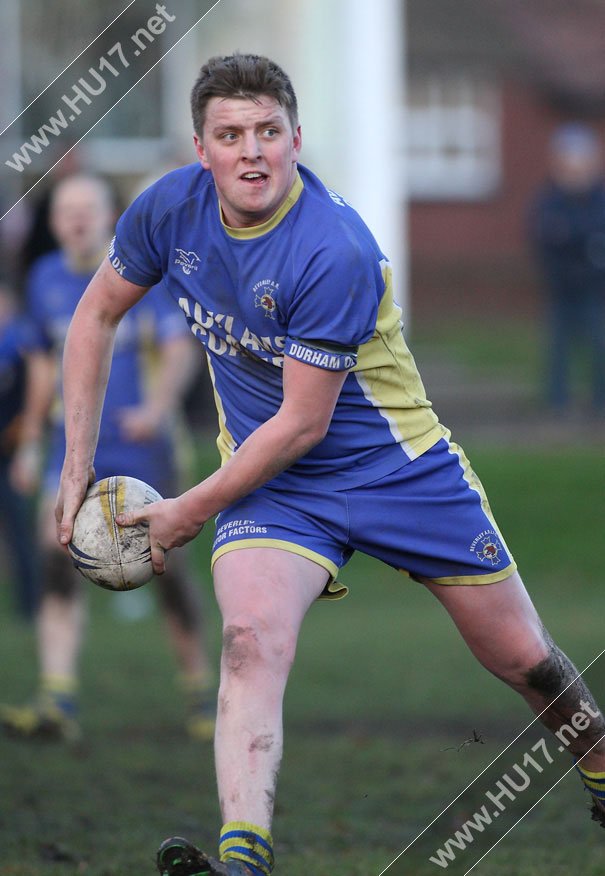