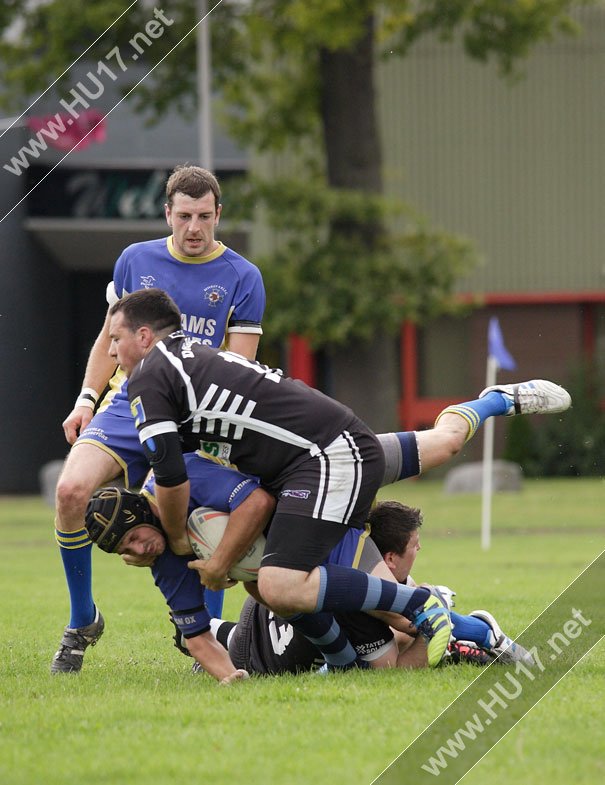 This was probably Beverley’s most disappointing performance of the season at the Eastmount Community Centre last Saturday. They managed to field a fairly strong lineup with only Gavin Proctor a late withdrawal due to injury. Coach Guy Adams drafted himself into the hooking role.

The first half was evenly contested with the game scoreless for the first 20 minutes. A couple of counter attacks from the hosts saw full back Lee Falcus do well to chase and make try saving tackles.

The home side got on the scoreboard first through a neat chip ahead and regather to score. The visitor’s reply was swift. Steve Davidson’s neat pass to Ian Lane saw him ride a few tackles before sending Ben Calvert away on a run which saw him beat at least two defenders to go in behind the posts for a converted try to level the scores.

Lambwath regained the lead just before the break when it appeared the tackle had been completed, but the referee allowed play to go on and a try ensued besides the posts.

The hosts extended their lead shortly after the break with a converted try, but they fumbled the restart kick giving Beverley a set of six in the danger zone. After several charges at the line player coach Guy Adams, who took the man of the match award, forced his way over from the dummy half position.

The remainder of the game then proved to be a disappointment. Lambwath added further 16 unanswered points, and Beverley seemed to lack ideas when in possession. Nathan Wilkinson did provide the most forward momentum in the pack.

The visitors were guilty of not playing to the whistle at times with two tries being awarded when players were looking at the referee expecting him to call held.

After the match, Guy Adams when addressing his side said ”We have got more ability than this, we just all need to stick together and turn things around.”

This Saturday Beverley will be at home to Fenners kicking off at 2pm at the Beverley Leisure Centre.