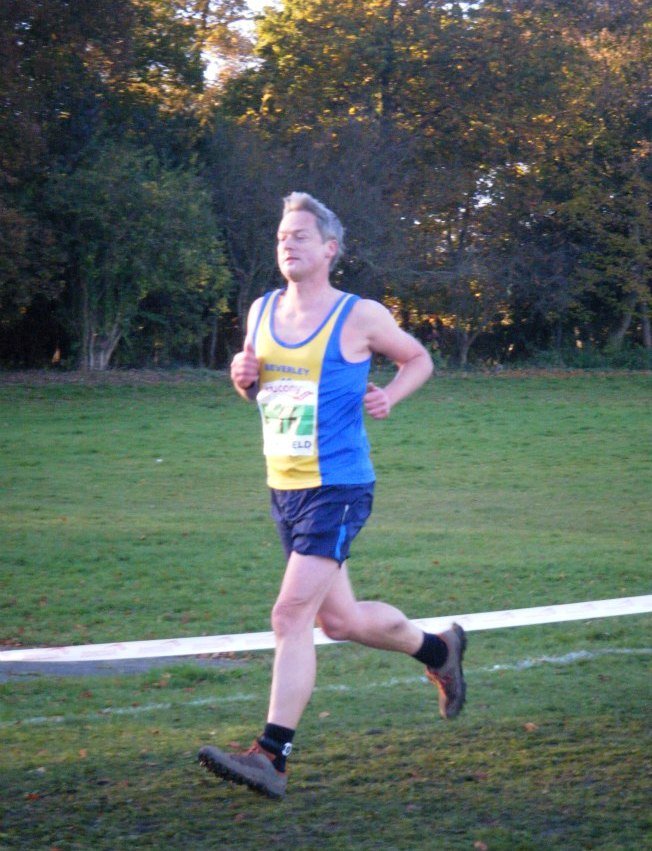 Berry Hill Park, Mansfield has staged the cross-country relays since 1989 and all the top English cross-country runners compete there. This is a club event and hundreds of club runners of all ages and abilities take part.

It was a beautiful autumn day and despite recent rain, conditions underfoot were relatively dry with just a few muddy patches to tackle.

The women’s race was first, with each team member running one 3k lap. Sam Allen ran the first leg. She has a lot of experience in relay competitions and benefitted from having run the course at Berry Hill Park last year. She finished in a commendable 13:16, fourteen seconds faster than last year. Jayne Dale, an experienced road relay runner, took over for the second leg and had a very good run, crossing the line in 13:35. New member Laura Egan, who joined the club in August, was given the responsibility of running the final leg.

It was her first cross-country relay and she took it all in her stride despite being caught up in the first leg of the men’s race which started while the women’s race was still in progress. Egan had an excellent run, overtaking several teams and producing the fastest time for a Beverley lady, 12:49. The team finished in 74th place out of 102 teams, a slight improvement on last year’s 79th place out of 105 teams.

Beverley had hoped to field two ladies’ teams but due to injury and other commitments only four runners were available. Team Captain, Kate Ladell, loves the course at Mansfield and chose to run as an incomplete B team after selecting her three club mates for the A team. Running for her personal satisfaction, she finished in 14:12 and said: “It’s great to be running in events alongside elite athletes like Steph Twell and Samantha Murray. Whilst it is a speedy race, it’s still friendly and certainly doesn’t feel too elitist – there are club runners of all ages and backgrounds there.”

In the senior men’s event teams of four raced each other round a 2-lap 5k course. Competing in his first cross-country relay, Aubrey Morrell started the race for Beverley and covered the undulating course in an impressive 18:36 before handing over to Andy Tate, an experienced relay runner. Team Captain, Stuart Little, ran the third leg and handed over to James Pearson who ran the fastest leg for his team, finishing in 18:30 and overtaking several teams. The men finished in a respectable 116th place out of 157 teams, an improvement on last year when they were 128th out of 159 teams.

Beverley’s teams were supported by Lucas Meagor who drove the minibus and Ross Flood who took the photographs.