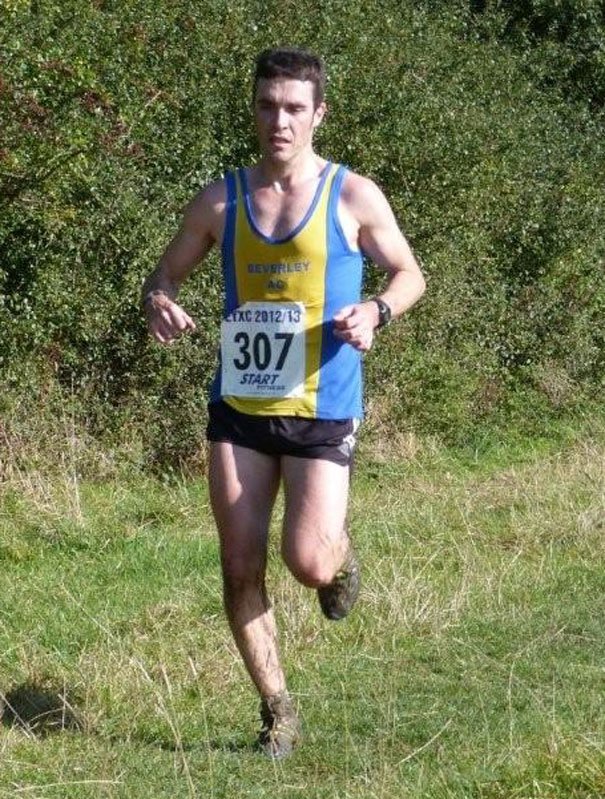 The 2012 / 2013 season of the East Yorkshire Cross-Country League got off to a gloriously muddy start last Sunday at Bishop Wilton near Pocklington.

Although it was a beautiful sunny morning, rain in recent days had left the course very muddy in places so the going was tough for the 138 runners from eight local clubs who tackled the hilly 10km course.

There was an excellent turnout by Beverley AC, the most represented club in the race with 38 runners. Every one of them is a member of the team but it is the first six men and the first three women to finish for each club who score points.

Aubrey Morrell was the first Beverley athlete to cross the finishing line. He finished in seventh place in an impressive 41:54 and was twenty seconds faster than last year. He was followed by James Pearson in ninth place in 43:04. Due to family commitments Pearson has not been able to devote a lot of time to running recently but he can still be relied upon to score valuable points for his team when he races.

Darren Rodmell, Jim McGivern, Steve Ostler and Mark Roper all finished in the top 30 and scored points for Beverley. It was Roper’s first race in a Beverley vest and he is a welcome addition to the squad.

It was also David Cammies’ first race for the club. He completed the challenging course in a respectable 62:44.

Carla Stansfield made a huge impact on the Beverley women’s team last season and continued to impress at Bishop Wilton where she was the first Beverley lady to finish and second lady overall. It was her first time at Bishop Wilton and she completed the course in a commendable 46:20.

Zoe Dale and Laura Egan were the other two counters for the women’s team, finishing in 53:00 and 53:44 respectively. It was only Egan’s second race for Beverley and if she can complete the full series of races she will add much needed depth to the ladies’ team.

Although not scoring points for their club, the rest of the Beverley squad made a valuable contribution to the team position by packing out the field and pushing other teams down the finishing order. There was a large number of club stalwarts who compete in the XC league year after year and a welcome group of new members who are encouraged to take part to enjoy the races and to add variety to their running.