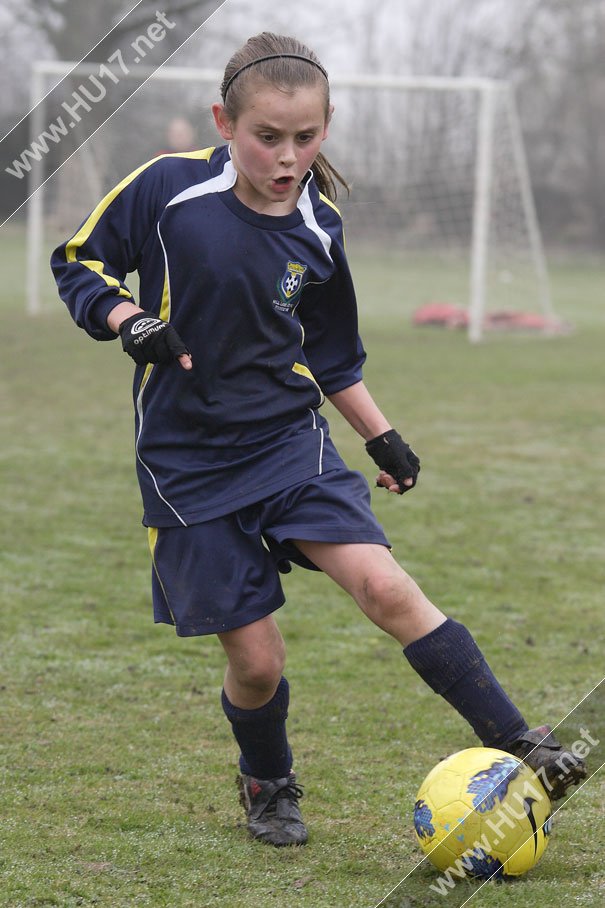 The first cup tie of the season saw Hessle Town travel to Walkington for an eagerly anticipated Lassa Tyres Cup tie. Surprisingly, Hessle had been placed in Division two this season; however, the home side were under no illusion of the challenge that awaited them, as the visitors had a team brimming with talent.

The match started at a frantic pace and despite edging the early few minutes in terms of possession, Mill Lane United found themselves a goal down following a superb free-kick from Chloe Turner gave the visitors the lead. Moments later the visitors nearly made it two, only to be denied by a superb save from Jessica Wright in the home goal.

For the rest of the half Mill Lane United dominated possession and territory pushing Hessle further and further back into their own half; however, thanks to some fine defending and inspired goal-keeping they continued to frustrate their opponents. Finally, the pressure told as Millie Sharp cut in from the right and fired an unstoppable shot into the roof of the net from an acute angle, resulting in both sides leaving the field happy with the 1.1 score-line.

The second half saw Mill Lane United start quickly and from a Natalie Bell Corner, Demi Watson and Millie Sharp battled valiantly for the ball resulting in Amy Dodds slotting home from the six-yard line.

This time it was Hessle’s turn to fight back and once more Chloe Turner produced a moment of magic to level the scores once more. However, Mill Lane United were determined mood and with the irrepressible Abbie Longley covering every blade of grass in a sensational performance, they once more took the lead as Millie Sharp once more proved why she is the most lethal finisher in her age group blasting the home side back into the lead.

Unbelievably, Hessle once more managed to get back on level terms as a defensive mix up left Shannon Welsh with a simple tap in. The game now became a frantic affair as both sides went looking for the winner; first, Hessle’s Shannon Welsh was denied thanks to the post and the combination of Natalie Bell and Hannah Gray, while Millie Sharp and Demi Watson saw efforts come back of the woodwork.

With the game entering the last ten minutes, Mill Lane United started to create further openings and Demi Watson was once more unlucky to see a rasping drive brilliantly saved by Libby Boddy. However, the home side were not to be denied as the energetic Natalie Bell brilliantly cut in from the left-wing and, with her right foot curled an unstoppable shot into the far corner of the net to give her side the lead.

In fairness to Hessle, they did try to find one last equaliser but with their once clear opening Jessica Wright produced her own moment of magic to keep it out. With the minutes ticking down the Home defence of Olivia Nassau, Skie Wyatt, Madeline Wells, Lauren Hartley and Cordelia Cavill made sure that Hessle never got close to goal ensuring progression to the semi-finals.

At the final whistle Mill Lane United left the field to rapturous applause from their supporters, deserved winners 4.3. Parent’s player of the match was awarded to Amy Dodds, who was scintillating on the left wing, while the manager’s award went to Abbie Longley, who was the dominant figure in a highly competitive midfield.