It was heartening to see Beverley and Sutton field sides containing young (and some old) players and score almost 450 runs between them in a competitive good-natured manner.

Beverley batted first and Harry Gamble played confidently for several overs before falling to a good catch. James Broekhuizen was joined by Dave Parry and they set the tone for the rest of the innings. Parry hit powerfully for 46 and Broekhuizen played all round the wicket to march on to a big score.

Chris Charles made his long awaited debut and made an untroubled 50 as Town piled up the runs and at the end of the 44 over allocation there was a massive 276 for 5 posted with Broekhuizen undefeated on 131 (17 x 4s, 1 x 6), his maiden century.

The four teenagers in the Beverley attack coped well with some powerful hitting from Patterson (48) in particular after Matty Saint had struck twice, his first wicket to a good catch from Ray Teal.

Skipper Ian Goforth marshalled his troops, declining to join the attack himself, but Matt Novis (1-31) bowled a superb controlled spell to restrict runs while removing Patterson. Neil Graham (0-33) was unlucky not to take a wicket and he was replaced by Gamble who is not a recognized bowler for the Under 15s but claimed two wickets in two balls in taking 2 for 13 with the help of a great boundary catch by Saint.

Brad Graham (0-37) returned to bowl an excellent spell without luck and Broekhuizen, fatigued but still in the game, made a run out. Saint (3-44) came back to claim his third wicket with the last ball of the day giving Town an extra point, making that 17 for the draw as Sutton closed on 173 for 7. 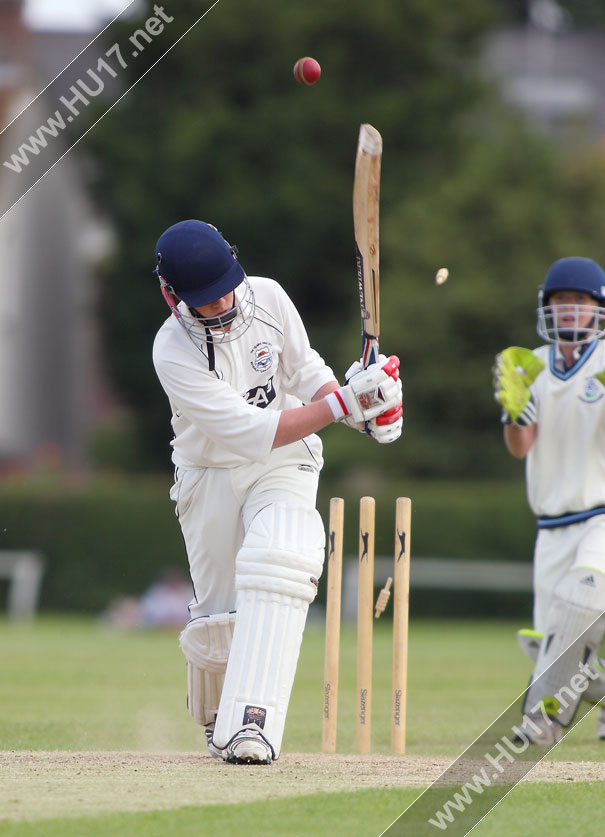