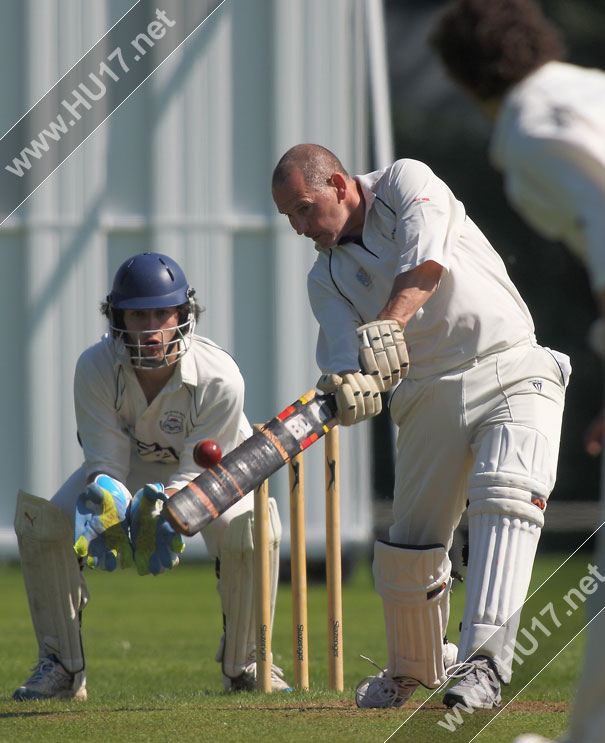 Beverley Town Cricket Club’s 3rd XI beat Airmyn by six wickets at the Norwood Recreation Ground after restricting the visitors to 137 all out.

In a match reduced to 36 overs a side because of the wet wicket, Beverley won the toss and, not surprisingly, gave Airmyn first bat. Kieran O’Brian (2-37) removed the openers to catches from Kevin Thompson and James Emery (2-30) followed up with a good spell of bowling. Guy Brumfield, fresh from a month spent in Africa, produced a very good spell to take 5 for 28, ripping through the Airmyn lower order.

Matt Novis bowled four tight overs at the end of the innings as Airmyn made 137 with one ball of their allotted overs remaining. Kevin Thompson claimed four catches in all and Matt Fitzpatrick produced an excellent run out in a generally good fielding performance considering the conditions.

The 3rds have often found Airmyn a difficult side to beat and things looked to be heading in a familiar direction when the first three wickets went down without too many runs on the board. Paul Fleming has played a number of important innings recently and this game proved to be no exception as he steadied the ship before opening out in the company of Phil Du Boulay.

The latter is still working his way back to fitness but assured running and an expertly paced partnership saw the pair put Town within sight of the finishing line.

Du Boulay went for 38 and a confident looking Fitzpatrick came in to hit two sweetly-struck boundaries as Beverley reached 141 for 4 in 32.4 overs with Fleming unbeaten on 55. Following cancellations elsewhere, and as a result of this sixth successive league win, the 3rds have now stretched their lead at the top of the Alliance Premier to 34 points after thirteen games played.