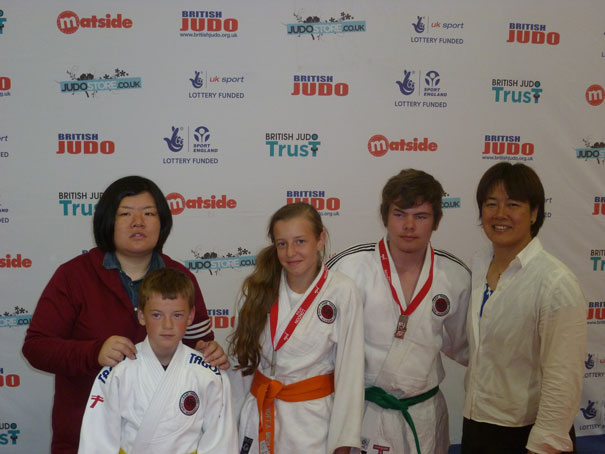 In a little over a month’s time it will be the Olympic venue with athletes from all around the globe converging for a chance to fight to win gold, however last weekend it was a trio of the East Yorkshire Judo Academy team that headed for The Excel Arena for the London International Judo Open.

First to feature was the youngest of the three, Craig Jones, who battled admirably coming through his first two fights before being caught off balance in his third to unfortunately be eliminated from the competition.

Next into action was Holly Bentham, the current Yorkshire Under 12 Champion, who ended up in a gold-medal showdown with old adversary Karla Marie Owen from Wales.

In a tough thrilling tussle, it was the Welsh girl who eventually triumphed by the narrowest of margins. Nevertheless, buoyed by her silver medal in what would be her last under 12’s contest, Holly threw her hat into the ring for the under 16s event and exceeding all expectations by landing a bronze and her second medal of the day.

The final combatant to feature was Jordan Jones competing in the Under 81kg category. Having experienced one gold-medal showdown the club’s supporter’s excitement grew as Jordan found himself in this position also. In the decisive bout, Jordan showed aggression counter balanced with some fine defensive work against his higher belted opponent.

Suddenly, within a blink of an eye it was all over as a white suited body flew through the air and crashed down onto the mat. Jordan Jones stood victorious, a gold-medal winner.

The medal ceremonies took place with the athletes thrilled to have their awards presented by two of Japan’s judo elite.