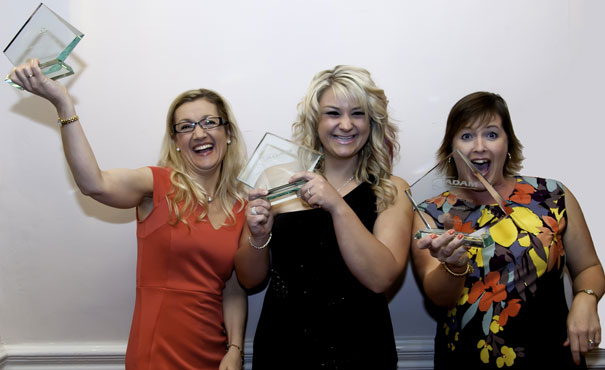 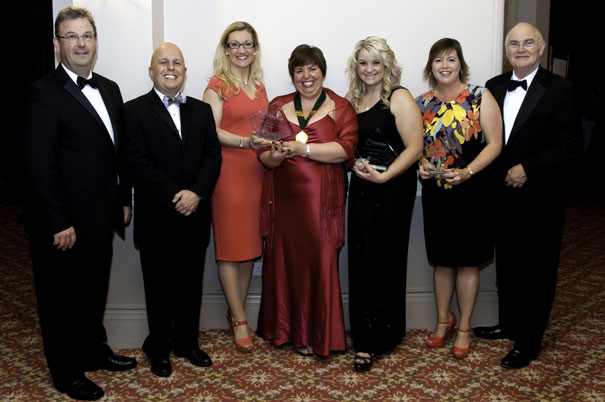 Perfect 32 in Beverley has double the reason to celebrate as two colleagues have won accolades at a national awards ceremony held at the weekend.

The Association of Dental Administrators and Managers’ Annual Conference took place in Harrogate on Friday and Saturday, May 18 and 19, and the Association is delighted to announce the winners of the first ever ADAM Awards.

Nicki Rowland was crowned Practice Manager of the Year and Christine Ferguson won the accolade for Administrator of the Year. Both received a cheque for £500 and beautiful, engraved glass trophies that are now in pride of place at their Ladygate dental practice.

The ADAM Awards are very special; they are awarded by the industry to individuals within the practice administration team. There is no other association in the UK specifically for practice managers and administrators and the ADAM Awards have been launched to recognise and acknowledge excellence within dental practices.

The judges said they were overwhelmed by the quality of the entries they received and had to make some tough decisions.

“We are absolutely delighted! To win one award would have been fabulous but to win two is quite overwhelming.”

“We would like to sincerely congratulate the three winners of the first ever ADAM Awards. Nicki, Melissa and Christine have shown real commitment to their ever-changing roles within the dental team and should be very proud of their achievements. The standard of entries was high and we had a tough job choosing a winner in each category.”

Roger Matthews, Denplan’s Chief Dental Officer added: “Denplan has a long heritage of offering the highest quality support and customer service, so we were really pleased to help judge the ADAM Awards. We were highly impressed by the quality of the entries and the pride they clearly took in their work and their practices. A dental practice cannot function effectively without a committed practice team and these awards highlight their dedication and desire to continually improve.”

The ADAM Awards are generously sponsored by Denplan.