Pozition Nightclub brought a touch of the Balearics to Hull on Friday, when they hosted the long awaited Cream Ibiza Tour.

The night proved to be a big hit with ravers who partied the night away to a range of classic and current tunes. Local lads James Radley, Steve Lazenby and Lee and Ryan Jeffrey featured on the evening’s line-up of DJ’s.

In addition to the DJ sets, there were various attractions including podium dancers, stilt-walking, and fire acts – entertainment which filled the dance-floor in no time at all. Sparks were definitely flying later in the night when a dancer appeared wearing a sheet of metal and producing self made ‘fireworks’ using an angle-grinder

The event was brought to the area by Cream, one of the world’s most iconic dance music brands. Originally a weekly house music night, Cream has evolved to bring dance music to clubs all around the world, boasting some of the most highly anticipated events for international club-goers – it even proved an important part of the British film ‘Kevin and Perry Go Large’!

Some of Cream’s regular DJ’s include Eric Prydz, Eddie Halliwell and Ferry Corsten, and they play every year in some of the world’s biggest venues, such as Amnesia in Ibiza. 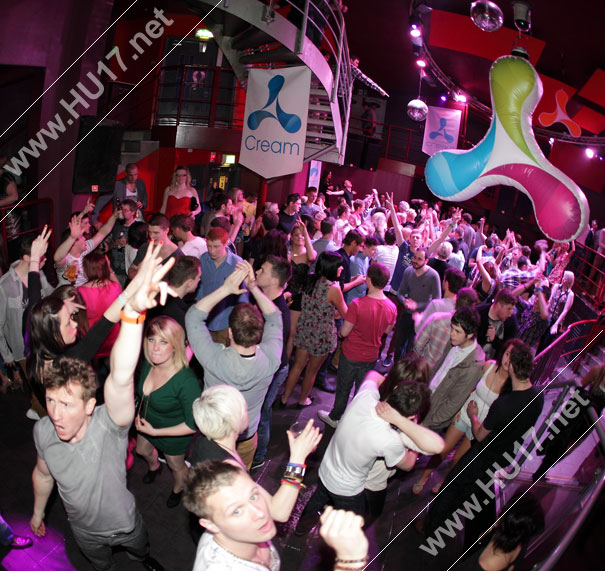