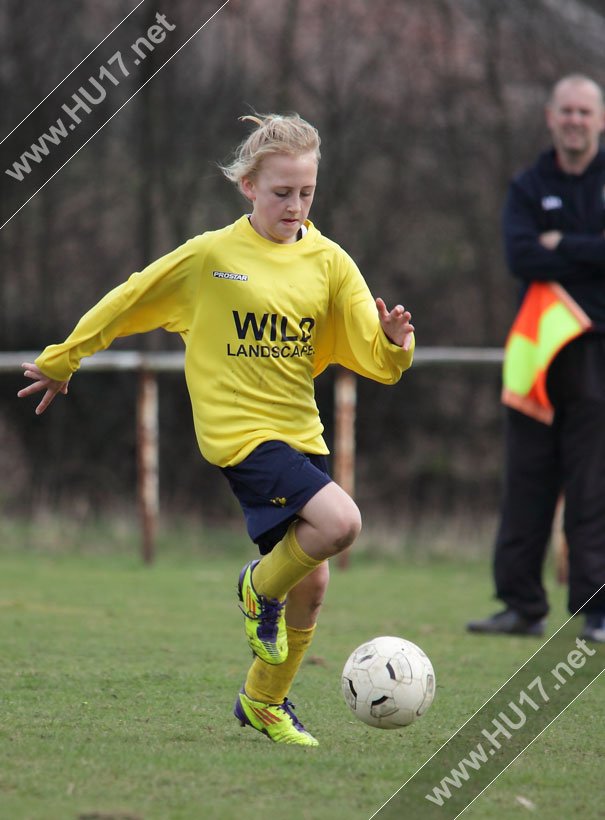 Mill Lane United reached their second final of the season with a convincing victory against North Ferriby.After the constant rain earlier in the week when the two teams met in the league the game was played in lovely conditions ideal for passing football.

United quickly made their intentions clear when they scored with the first move of the game when Emma Smith found striker Jodie Brown in space in the penalty area and a fine right foot shot gave the Beverley side a 1 0 lead .Mill Lane United were well on top and 2 carbon copy goals followed.Two long throws from captain Emily Holliday were flicked on by Emma Johnson before been finished in style by Emma Smith and Jodie Brown.

Three nil up after 10minutes the Beverley side were totally dominante as they played some lovely passing football with Chloe Johnson and Emily Holliday leading the way with some excellant ball distribution out of defence.With the midfield of Emma Smith ,Emma Johnson ,Tonya Storr and Charlotte Holliday controlling procedings several more chances were created and a fourth goal was scored before half time.

Man of the matches for Mill Lane United went to Emma Smith for 4 goals and covering every blade of grass in a superb performance and goal keeper Emily Hood for some exellant decision making and ball distribution.Special mention to defenders Amy Radford,Lucy Crockett,Emily Holliday,Hannah Smith ,Chloe Johnstone and Chloe Bell in their desire to keep a clean sheet and striker Keely Forward for unselfishly setting up 3 second half goals.