With the league title already in the bag, Mill Lane United were looking to become the only team in the East Riding Girls league to complete the season with a 100% winning record.

The home side lined up with Jessica Wright in goal, with Captain Olivia Nassau & Skie Wyatt inn defence. With Midfield powerhouse Natalie Bell missing, Amy Dodds started on the left with Grace Fletcher in the Centre and Cordelia Cavill on the right flank. Millie Sharp, the league’s leading scorer completed the line up in attack.

The match started with Mill Lane United immediately on the attack pinning Sporting back in their half and Millie Sharp quickly found the back of the net striking a low shot from outside the area. The second goal quickly followed as Grace Fletcher and Millie attacked a Skie Wyatt long throw into the box, resulting in Grace slipping the ball under the keeper. Mill Lane United were now in full flow and the goals continued to flow, with Grace adding a second and Millie another three, the pick of which was a long range thunderbolt from outside the area which nestled in the keepers top right hand corner.

At the other end Sporting were well marshalled by Olivia Nassau, Skie Wyatt and substitute Fenella Scutt, while on the rear occasion they managed to play the ball behind the home defence they found Jessica Wright in imperious form, dominating the final third of the pitch. At half time the home side walked off in a commanding position leading 6.0.

The second half saw Mill Lane United once more camped in the Sporting half, however, due to excellent defending from the outstanding Mia Duke and some brave keeping; Sporting frustrated their hosts for much of the second half. However, following a quick short corner, Olivia Nassau found space outside the area and her well struck shot was superbly turned in by Jessica Wright, given a break from keeping for the last ten minutes of the match.

The second goal quickly followed, as Olivia Nassau skipped past two defenders before drilling the ball into the far corner of the net from the angle of the penalty area. The final goal of the match was scored by Cordelia Cavill, who was found in acres of space following a defence splitting pass from Skie Wyatt. At the final whistle Mill Lane United became the only team this season to complete a perfect season, played 18 won 18 goal for 159 against 8!!!

Man of the Match was a tough decision with Skie Wyatt outstanding in the first half, Olivia Nassau, Grace Fletcher and Millie Sharp all having excellent games, however the decision went to Jessica Wright for a superb display of keeping, not just today but all season and for her classy second half goal which got the girls going once more!! 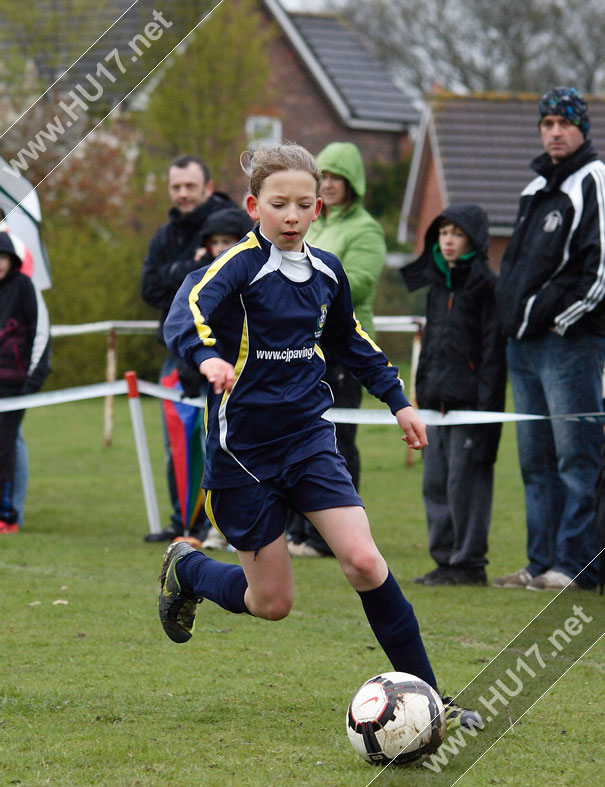