Steve Rial and Paul Hawkins, the men who maintain Beverley Minster, opened up an old well inside the historic building for the first time in two years.

The well was also opened back in 2002 when Her Majesty the Queen visited the Minster. On that occasion, the well needed to be checked for security reasons before being sealed up.

“We open the well up periodically as part of the maintence of Beverley Minster. Normally we can check everything through a plumbing hole. This time Head Verger John Dell wanted to get a water sample to send to a church in Manchester, so we lifted the hatch.”

The well is believed to date back to Anglo Saxon times, and there was a great deal of interest in it being opened. It has not been used for many years and its very existance more then likely goes unoticed by the thousands who visit the Minster each year.

When asked about the quality of the water in Beverley Minster’s well, Steve said;

“I would have been happy to boil up some of the well water for a brew; there was no smell coming from it and the stone work was in very good condition.” 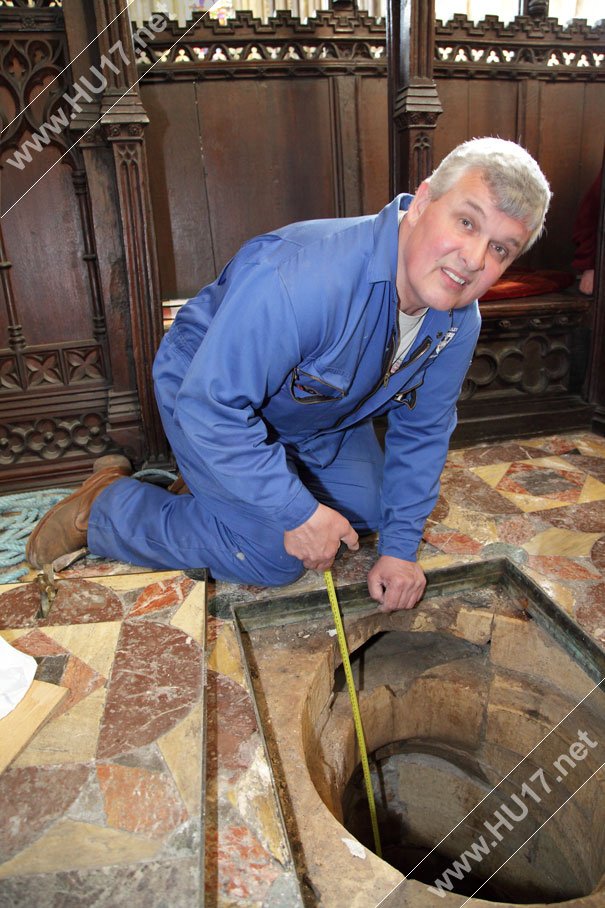