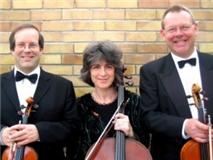 The Trio was formed in 2004 by three friends, Julie Wright, Nigel Willoughby and Dominic Wright, by popular request.

They have performed at a variety of venues throughout the East Riding area for concerts, weddings and business functions.

These have included stately homes, hotels, concert halls, a factory and a military base.

All three players have played in orchestras as near as Beverley Minster and as far as orchestras based in Tenerife, Vienna and Rio de Janeiro.

After their globetrotting past, the Trio has become local teachers and restricted their performances to nearer home.

In this concert they will play a programme to include Mozart, Haydn and Beethoven.