The first race of the 2011/2012 season of the East Yorkshire Cross-Country League took place last Sunday at Bishop Wilton and more than 150 athletes from eight local running clubs lined up at the start.

The race was won by Peter Gulc of Bridlington Road Runners but the first team to finish was Beverley.  The men were led home by Roger Tomlin in 40:28 and in fifth place overall.  He was followed closely by Nick Riggs in sixth place in 40:42 and Matt Chadwick in 40:53 in eighth place.  Jim McGivern, Aubrey Morrell and Stuart Little formed the rest of the team.  They all finished in the top twenty in 42:08, 42:17 and 43:22 respectively.

This is the first time that that the Beverley men’s team has come first in a race in the league since February 2008 at Welton.  Two members of that victorious team also ran at Bishop Wilton on Sunday – Jim McGivern and Aubrey Morrell.

With several Beverley runners competing in autumn marathons there were some notable absentees from the squad at Bishop Wilton. They did not want to risk injury on the challenging hilly course.  If Beverley can field its best men in the same race they will pose a formidable challenge for the other teams.

Ten Beverley ladies took part in the race.  The first of them to cross the finishing line was Sam Allen in 51:25 and in seventh place overall.  Kate Ladell followed in 53:23 in tenth place.  Carrie Smith was the third counter for the team and Beverley ladies finished in fifth position.

Julie Donald, one of Beverley’s best female athletes, was not available due to marathon commitments but she will be back to add experience and depth to the ladies’ team at the next race  which will take place at Drewton Woods near South Cave at 11.00 on Sunday 13 November.

Peter Gulc of Bridlington Road Runners won the race at Bishop Wilton in 38:04.  The first lady to finish was Charlotte Edge of Scarborough AC in 46:52. 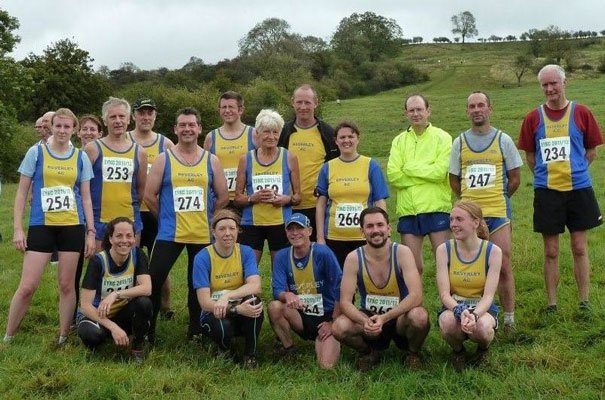