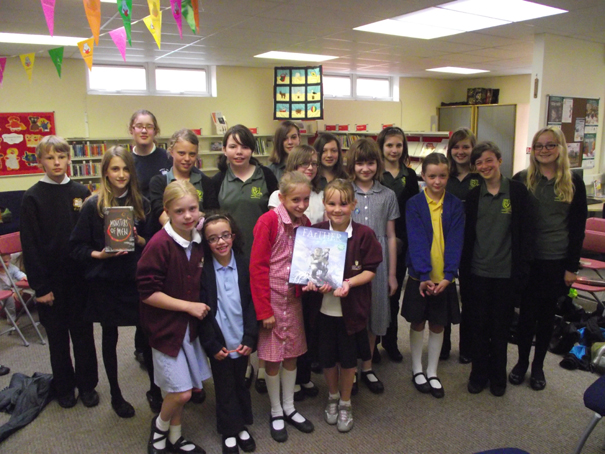 A message balloon released by a reading group at Beverley Library to celebrate the winners of the Carnegie and Greenway Medal book awards has been found in Germany.

The balloon was released by members of Comparethebookclub, asking the recipients to contact the library, and was found by Katja Topp in the small village of Horsten in North Germany.

Katja said: “In the morning I looked out of the window and saw something pink lying in our drive. When I went outside I noticed it was a balloon and was very surprised when I discovered it had come from England.

“At first I couldn’t really believe it, as the balloon must have flown over the North Sea, but I answered immediately to the email address written on the label.

“When I told my husband the story in the evening he noted that it had been quite windy the day before I found the balloon, so it was entirely possible for it to cover such a distance.

“It really is something very, very special, as the balloon might have landed anywhere. But it landed directly in our drive.”

Four balloons were released in total on 21 June by young people from Chatter books, a reading group for children aged eight to 11 years old, Comparethebookclub, for children aged 12 to 15, as well as by pupils from Beverley Grammar and Longcroft schools.

Brenda Watson, community and information officer at Beverley Library, said: “Everyone was very excited when we set the balloons off and we are thrilled that Katja contacted us. It was very kind of her to get in touch so quickly.

“We were amazed at the short time it has taken the balloon to travel across the North Sea and we are hoping we may still hear about the other balloons we sent up.”

The winners were Monsters of Men by Patrick Ness and Father by Graham Baker-Smith.