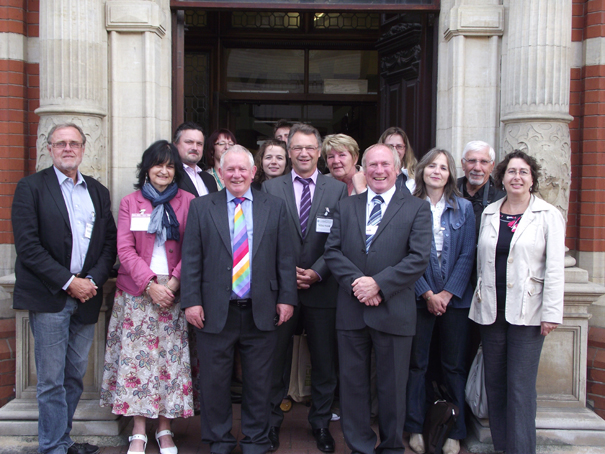 A delegation from Val du Cher, in France, has concluded a successful visit to the East Riding to finalise a waterways cooperation project with the Coast, Wolds, Wetlands and Waterways (CWWW) Local Action Group.

The CWWW Local Action Group is part of the rural development programme for England, LEADER, which is funded by the European Union and Defra, in which local action groups must complete a series of cooperation projects.

Following the three-day visit, an ongoing relationship with the trustees, staff and supporters of La Musee du Canal de Berry, near Montlucon, has been agreed, allowing the two groups to learn about each other’s culture and heritage, share and seek solutions to common problems and benefit from partnership working.

It has been agreed that artefacts will be exchanged between the collections at the Yorkshire Waterways Museum and the museum in Val du Cher, that both venues will promote the other on their websites, museum staff will participate in exchange visits and that the groups will regularly communicate.

Councillor Andy Burton, cabinet portfolio holder for economic development and regeneration at East Riding of Yorkshire Council, said: “This is an excellent example of partnership working and I am delighted that this link has been established between the CCCW Local Action Group and our colleagues in France.

“The protection and future success of waterways is of great importance to the East Riding, Val du Cher and throughout the European Union and I believe this partnership will benefit both areas in the future.”