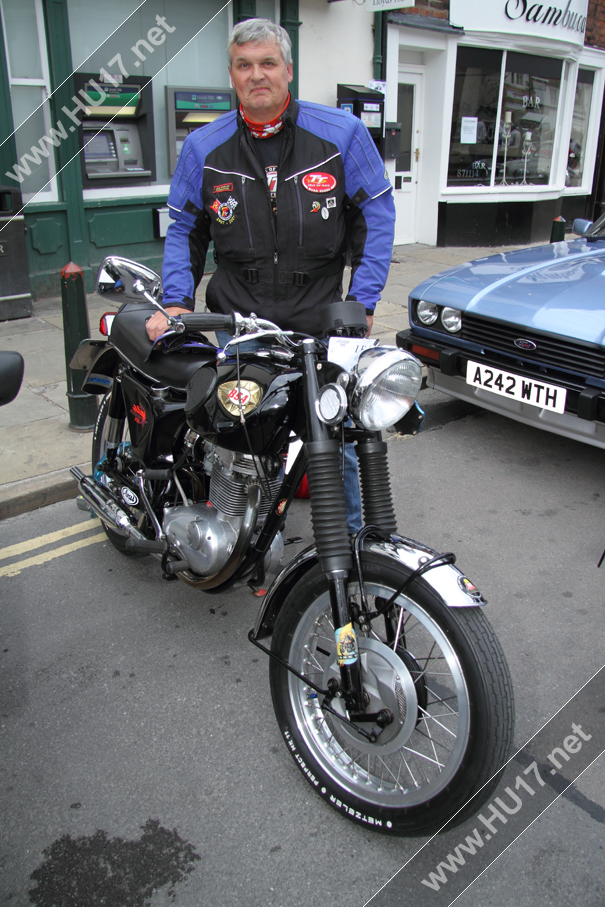 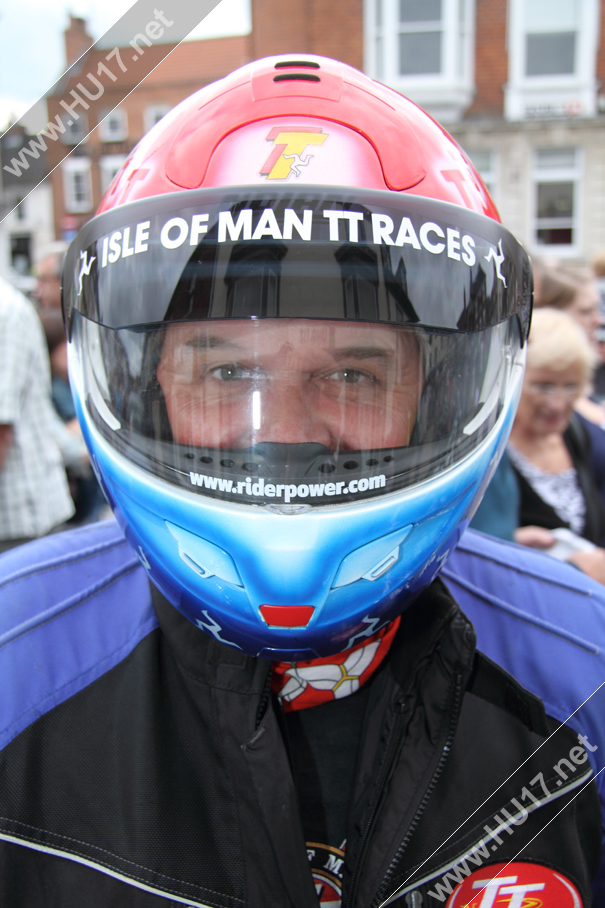 “It’s not alive if it’s not dripping.”

Steve has owned his BSA since 1984, riding it all over the place and keeping it in pristine condition thanks to the efforts of the men at RM Motorcycles on Flemingate.

“Unlike a lot of modern, bigger bikes, this is built to throw around corners and you can be a bit rough with it.

“I am just back from the TT, and I would love to take this to ride around the course. Maybe we can get a trailer and do it next year.”

Steve describes his bike as a “Marmite bike – you either love it or hate it”.

He pointed out the oil leaking from under the bike, and said it was a loveable trait of most most British bikes of the era.

He continued: “British bikes always drip – as we say, it’s not alive if it doesn’t drip!

“I keep it going thanks to Ray at RM Motorcycles. He always MOT’s it for me and is always there to advise me. He’s a star.”