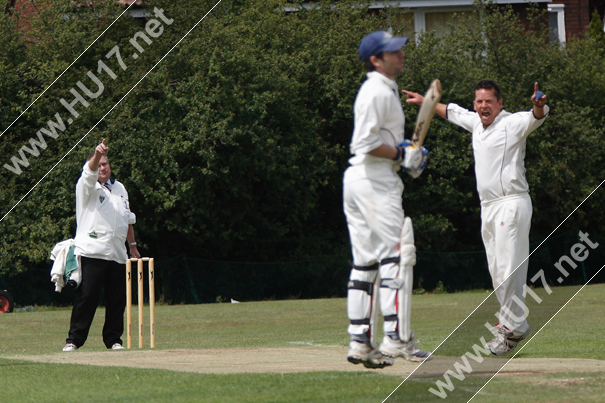 North Ferriby won the toss and elected to a field though Beverley were unable to handle the in form Sean Drewery who demolished the top order as he picked up a five wicket haul.

Kevin Thompson topped scored with 39 and Alex Nightingale made a credible 24 as Beverley set North Ferriby a target of just 104 runs to win.

North Ferriby reached the target inside 36 overs for the loss of four wickets, Kieran O’Brian and Matthew Saint picking up two wickets each.