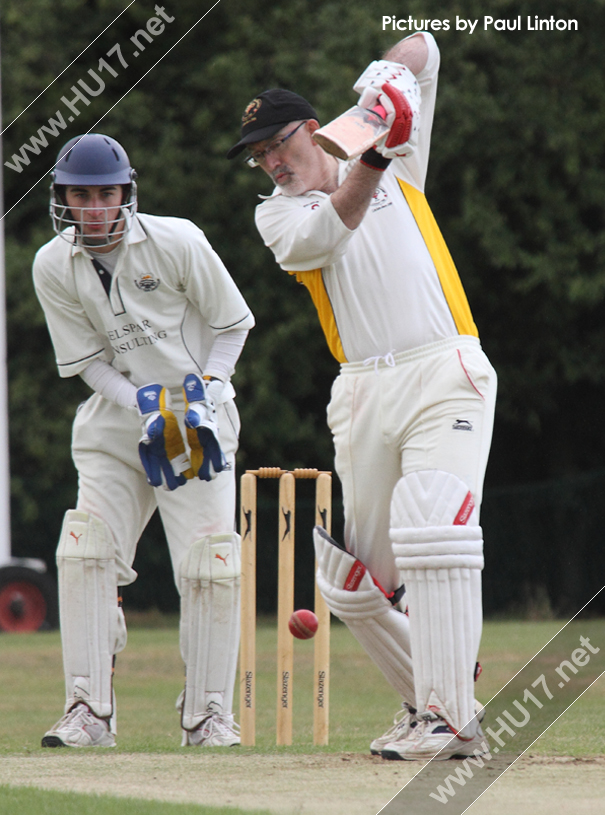 A brilliant all-round team performance made it a day to savour for Beverley CC 4th XI at Norwood Recreation Ground on Saturday.

Captain Richard Simpson’s side had too much strength in depth as they cruised to a six wicket victory over Hull Ionians Coal Exporters 2nd XI.

HICE struggled early doors thanks to some excellent bowling from Kieran Thompson (2-52) and Alan Hammond (3-36), whose control with the new ball had the visitors in difficulty.

But they were left stunned when number six Shaun Johnson smashed a fine century to help his side to a total of 193-7 off a rain reduced 44 overs.

However it was soon evident that this would not be enough to thwart a determined Beverley side.

Led brilliantly by opener Richard Thompson (65 with 11 fours and a six) it was always a case of when the victory would happen, not if.

Captain Simpson built on Thompson’s work and it was fitting he was at the crease unbeaten on 54 when Beverley overhauled HICE’s total thanks to a six from Sam Roe (32no), Beverley finishing on 199-4 for a great win.