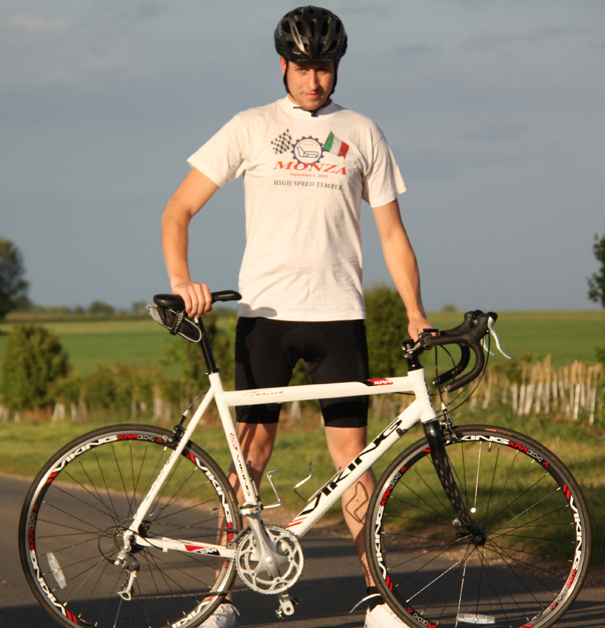 Two Walkington lads are stepping up the their training as they prepare for a challenging two-day, cross-Britain charity bike ride.

Ben Stephenson, 21, a self-employed joiner and his mate James Parkinson, 31, are cycling from Blackpool to Bridlington on June 17 and 18 to raise money for The British Heart Foundation and the Walkington Hayride.

Recently Ben and some friends completed a famous cross-pennine ride called The Way Of The Roses, from Morecambe Bay to Bridlington, in four days. Ben admitted it was “a bit of a jolly” and set himself a target of completing the ride against the clock.

This followed on from the loss of a family friend and former police sergeant Tony Burns, and Ben and James will now be riding and raising money in his honour while challenging themselves to do the 150 miles in just 15 hours.

Ben told HU17.net: “I did the Way Of The Rose with five other friends over four days on the Easter weekend, which was a bit of a jolly really and I wondered if a coast-to-coast ride could be done against the clock. So this is where the idea came from.

“It was just before Easter that some friends of mine lost their father, Tony Burns, who was having a heart operation in hospital.

“He was the retired police sergeant of the mounted section based at Northlands, just outside Walkington, so I approached them and asked if they were ok for me to do this ride for charity in memory of their late father.

“I was brought up in the village and I have also grown up with the Hayride. James suggested we could raise enough money to support this as well.

“As we are doing the ride around the time of year that the Hayride runs we decided to contact the committee and they were delighted for us to raise money for their charities, Parkinson’s UK and Dove House Hospice.”

A committed mountain-biker, Ben only bought his road bike to keep his fitness levels up and now, in James, he will have to keep up with a man with road biking pedigree.

Last year James was part of a Milton Keynes Dons team which raised money for Help For Heroes by cycling from Lands End to John O’Groats (1000 miles) in 10 days.

Ben continued: “James doesn’t need to do any training for this ride – in fact, I’m going to hang lead weights on his bike to slow him up a bit!

“I am more into mountain biking really and only bought the road bike to keep my fitness levels up over the winter months. Even though I don’t like to admit it, yeah I think I’m starting to get the road biking bug!

“We are both looking forward to it – like I said, the original idea for the ride was to see if it could be done in a set time

“But to raise money which could potently save someone’s life as a result of my crazy and somewhat swollen ego… that’s a huge bonus!”

You can find Ben on Facebook, or you can contribute to his and James’ ride at http://uk.virginmoneygiving.com/team/Blackpool2Bridlington.

The pair are also planning other fundraising events ahead of their ride. Details will be available as and when.