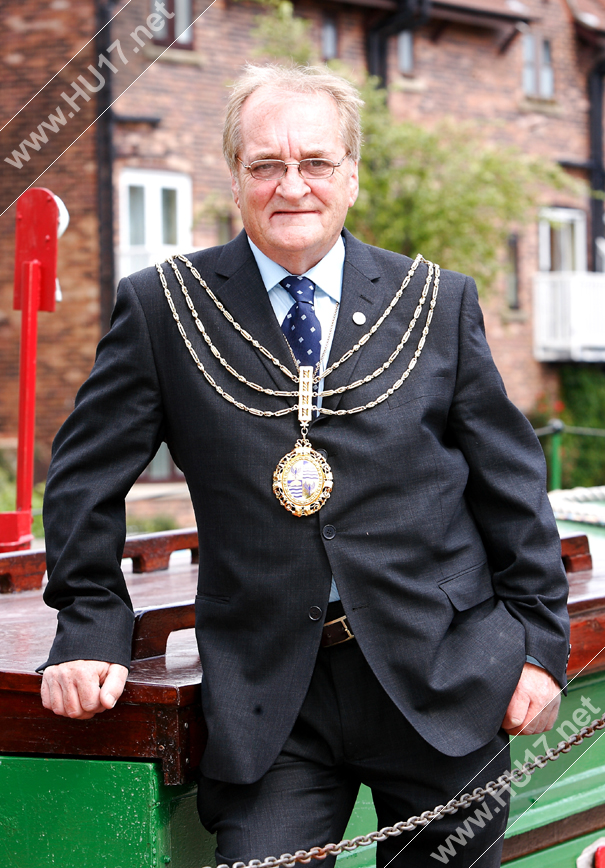 The new Mayor of Beverley Peter Astell admits he can’t wait “to get stuck in” to his mayoral duties.

Peter was made Mayor at a ceremony at the Guildhall on Monday, where he replaced the popular Bessie Foot.

He told HU17.net it will be an honour to represent Beverley and help raise much-needed funds for his three Mayoral charities – 399 (Beverley) Squadron Air Cadets, Beverley Braves and The Beverley Barge Preservation Society.

He continued: “I am very proud to be named Mayor – it is a privilege and an honour and I will do my best to promote the town where I can and raise money for my charities.

“I will be wearing Beverley on my front, my back and on my chains. I will always be there and will always do what I can for the town.

“I have chosen three charities because they represent things I really believe in and have been involved in.

“Organisations and groups for young people always struggle with funding and, in the case of Beverley Braves in particular, if you see how many youngsters enjoy training you realise what a great role these clubs play.

“I was one of the founding members of the Beverley Barge Preservation Society, and they have just been granted ownership of another Barge, The Sun, by British Waterways.

“The aim with the new barge is to do it up, completely cover it, improve disabled access and also use it as a floating classroom for all young people.

“This barge can navigate as far as Driffield, so will offer something different. It will also have dual controls, so people will be able to have a go sailing the barge, but with the security of someone next to them.”

Peter, a painter and decorator by trade, has plenty of experience in local politics.

He was on the education committee of Humberside County Council, where he represented Bridlington Old Town until it was disbanded in 1996.

He was also chairman of the youth and careers committee, and it is these experiences that have made him determined to put his year in office to good use in helping young people.

Peter sat on the Beverley Town Council up to 2007 when he did not seek re-election.

But as a lifelong supporter of the Labour party, he kept in touch with local politics and was delighted when his fellow Labour councillors nominated him as Mayor after he stood again at the recent elections.

However, he is keen to stress party politics is not an issue at the town council and believes the common views and values of his Labour – and cross-party – colleagues are the driving forces behind everything he hopes to do for Beverley.

He continued: “Our Labour group share common views, but it is how we see things locally that count and and how we want things to move forward for the benefit of the town.

“Personally, I can’t wait to get stuck into chairing council meetings. I hope there will be a lot of debate, they will be thorough and that we will all come to a proper decision.

“I will also take a real interest in planning issues, which is something the Town Council can have a major say on. This is especially the case when you consider all the big developments going on throughout the town.

“At the town council, we already do a lot to promote the town. The food festival is a Beverley Town Council event, and it helps to bring more tourists to the town.

“We are good at staging events in Beverley and I will be at every event, doing all I can for the good of the town and its people.

“I am really looking forward to the year ahead.”

Peter, who has lived in Beverley for 18 years, has named his son Thomas as his consort.