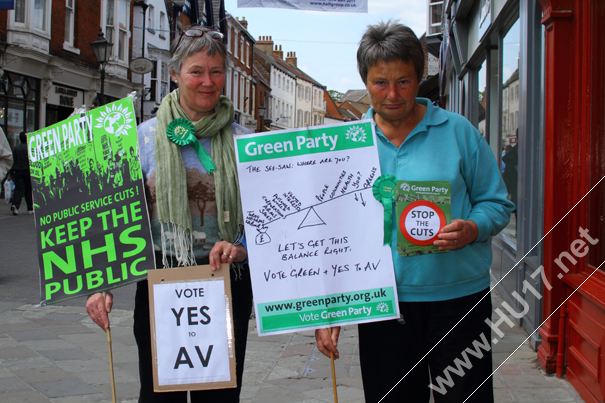 Yes, for the first time in my life I (Shan Oakes) have been sufficiently moved about an issue to somewhat rudely e-mail (almost) my entire address book.

Please forgive.  Perhaps odd that the first event that should ever move me to such extremes is the Alternative Vote referendum, but there we are.  Perhaps next week I shall e-mail about cuddly pandas or global poverty.  But let’s start with AV.

Doubtless you’ll all have been deluged with numerous, fairly uninformative fliers on this.  The campaigning on both sides of the divide has been pretty awful; and in all the noise and mud-slinging all the relevant arguments seem to me to be getting lost.

So, since I believe that this does actually matter (a bit), I wanted to share the arguments that seemed most relevant to me.  I have, at least, tried to be brief.

I am not claiming to have the last word at all – I’m sure there are plenty of other arguments, and everyone should make up their own minds depending on their own judgment and no one else’s.  These are simply the arguments that are compelling to me.  If you intend to vote, then please have a ponder…

With the current system, as we all know, you can get elected to parliament even if a majority of your constituency would rather have had someone else.  This, on the face of it, seems a bit odd.  But some say that we should accept this, because although the majority wanted “someone” else, they couldn’t agree on which “someone”.

The AV system means that they can agree on which “someone”.

Say you vote in an election, and your preferred candidate comes last.  So you discover – following the results – that they were simply not a sufficiently electable candidate to get in.  Once you accept that, you might want to look at the other options and decide – given that your candidate could never have won – who would you prefer instead.  Your first preference can’t win, so you might as well have a say over who might win out of the rest.  You – and the other voters – continue this process, gradually eliminating all those candidates who could never have won until eventually you get down to the last two, when you make a straight choice over which you would prefer.

This is effectively what the AV system does.

There has been a lot of talk about how under AV “the loser can win!” and so forth.  The reality is that if a candidate wins under AV, then if you put them in a two-horse race with any of the other candidates, they would get over 50% of the vote.  This seems to me like a pretty good definition of the winner that we would want.

Under the current system, a minority party with an approach or policies that alienate or offend a majority of their constituency can still get their candidate elected.  This happens when the rest of the electorate split their vote between different parties that all have a broader appeal.  The party most often named in this regard is the BNP.  They do have a genuine following, and indeed have won council seats when they have captured more (first-preference) votes than any of the other parties.  But as in the example above, this is because the system has not given the electorate the means or opportunity to agree on an alternative candidate that they would all prefer more.

For example, say the results came out as follows:

The Lib Dem voters were voting for their candidate on the belief – as it turns out mistaken – that they could get in.  They discover, after the results, that they couldn’t.  Accepting this, they might then want to look at who they would like to win given that their first choice can’t.  And as above, through AV this process is effectively repeated until we are down to the final two candidates and the electorate is making a straight choice between them.  In the above example, since few LibDem supporters would be likely to prefer the BNP to either Labour or the Conservatives, once they are out of the race, both Labour and the Conservatives would pick up enough support to go past the BNP and it would probably end up as a two horse race between them.  Whichever wins, we can be confident that – given a choice between that party and any one of the others, that party commands the greatest support.

Now if the BNP – as with any other party – get to a point where they can convince 50% of their constituency to support them to some extent (not necessarily first choice), then they can win a seat and this would be entirely democratically legitimate.  They would have broadened their appeal to a point where over 50% of the electorate think that – in some way shape or form – that they are alright.  But unless they can broaden their appeal in this way, they can’t get in.  At the moment, you could ignore 60% – or even more – of your constituency and potentially get a seat.  Under AV, you have to listen to a wider proportion of your electorate (i.e. at least half!) and persuade them that you have something to offer them or you can’t get in; this seems democratically right to me.

I think there are other benefits – for example, making it easier for new ideas and parties that have potentially broad appeal to voters to enter the system – but the two arguments above are the main ones for me.  The arguments that I have heard against AV do not hold water as far as I can see; just briefly on two of these:

There is no reason that I can see, under the AV system, that hung parliaments would be any more likely than under the current system.  AV is not proportional representation (which I am not in favour of, but since we are not voting on it anyway, that’s for another time).  It is simply a better and fairer way of capturing the wishes of voters within each constituency.

Expenditure on the voting system is always going to be a tiny part of the overall national budget.  Even if the new system does cost more (which I’m not sure is necessarily the case, but it might be), this is not a large amount of money against the annual government expenditure of billions.  And in a democracy, we might as well spend a bit of money to have the voting system that best captures democratic preferences!

In any case, if you like the current first past the post system, then you can continue – under AV – just to express a single preference when you vote.  But when you think about it, in the event that your preferred candidate can’t win, you might still want to have a say over who does.