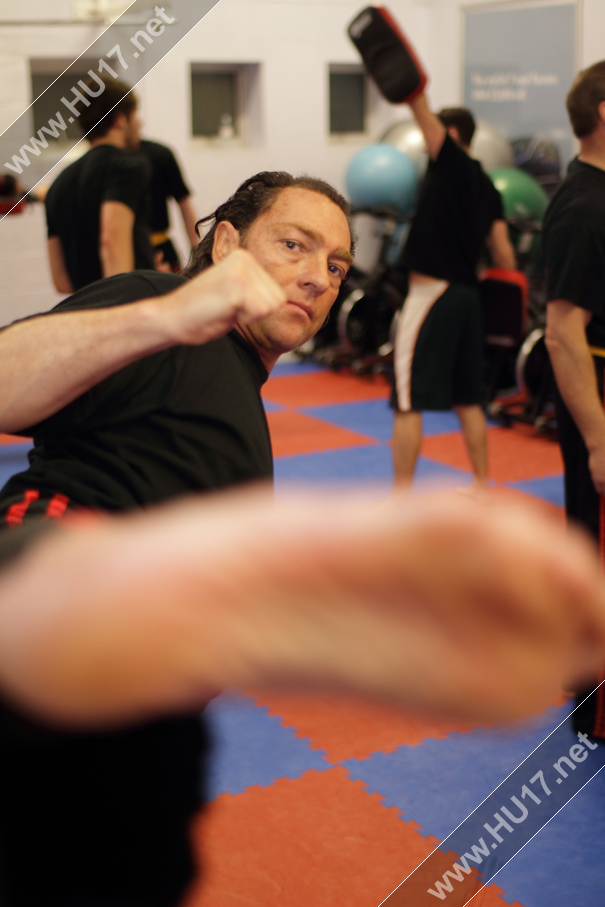 Members of Kick-Squad – a free-style karate club coached by Pete McNally – have enjoyed some major successes at the recent T1 & T2 Tournaments.

Barros won two silvers and bronze in the welterweight division across the two tournaments, after training under the watchful eye of Sensi Pete McNally for the past nine months.

It was the first time Barros had entered a competitive tournament and he surprised his instructor by claiming not one but three medals.

“He has only been involved with the sport for for nine months yet when he came up against fighters from Liverpool, Birmingham, Cardiff, Nottingham and Sheffield he proved he can mix it with the best.”

Another top performance came from heavyweight fighter Chris Isles. Isles has been involved with the sport for just six months, but going up against more experienced fighters, the Beverlonian shocked many to claim the silver medal.

Pete is confident the experience gained by his fighters will carry over into November’s T3 tournament.

Pete has changed the format of his classes over recent times  and they now involve full and semi contact. Pete has been practising martial arts for 34 years and over the years has trained with the likes of Jean Claude Van Damme and Chuck Norris.

And he is hopeful the successes enjoyed by the team will attract some sponsorship from local business.

Sensi Pete said: “All the fighters are training hard for the next event.

“We are looking for sponsorship for the next event. All the fighters go through a lot and they are doing well flying the flag for Beverley in the tournaments and coming back with medals.”