Roy who has the sandwich van on the Beverley Westwood was less then happy this morning.

When he turned up this morning he arrived to find what he described as a ‘mountain of snow’ piled up where he rents his pitch.

The snow which has been piled up is from the centre of town and is almost as high as the van he works from.

“I could not believe it this morning, I arrived to find this here, they could have put this any where but to dump it where they have is a disgrace.”

“They have pilled it up so high all you can see from my window is dirty snow filled with rubbish and what ever else has been shovelled off the pavements in Beverley.”

“I have already raised it with the pasture masters who were equally shocked and they have said they will bring it up with the council. Dog walkers can not get to the bin now to discard their dog waste and some trees have been damaged too”

“There is so much room here at the Westwood why would you put in a place where most people come. People can not even see me from the side of the road and it will certainly affect my passing trade.”

Roy was also concerned about what would happen when the snow melted he added;

“There is so much snow on the already on the Westwood, the houses here were flooded not so long ago and if this lot melts it will run down the hill towards those homes, not to mention all the litter that will be left behind.”

Picture: The view from Roy’s window where he sells food to the visitors at Beverley Westwood 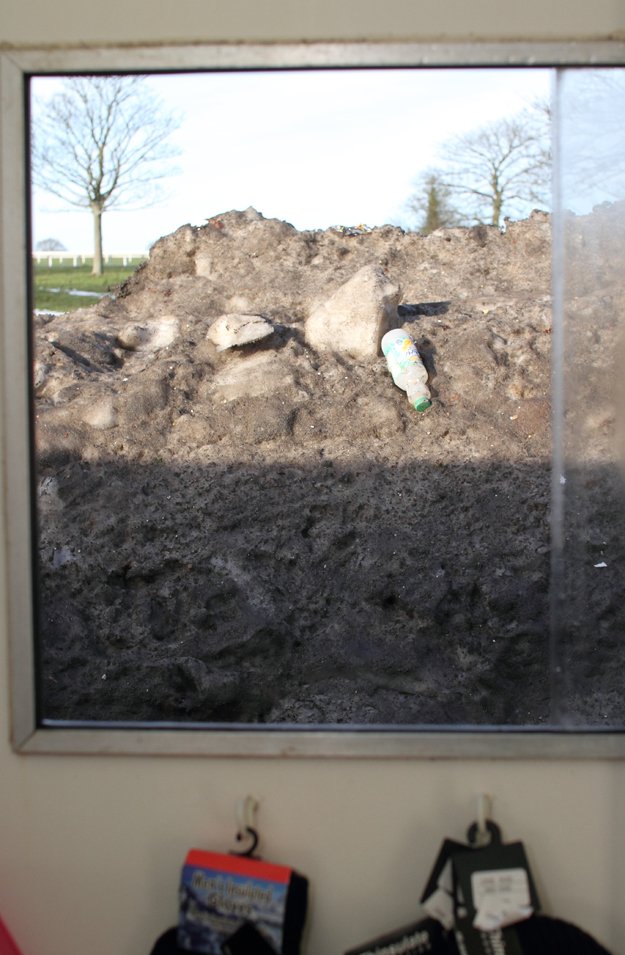