Within minutes today the Whitestar girls sprung into action giving a shell shocked Ferriby no time to settle. Anya Shepherd broke free and from the half way line carried the ball herself to face the goalkeeper and blasted the ball into the back of the net. A fantastic start for these U10 girls.

Within minutes and barely giving Ferriby time to recoup, Reanna Wardill slipped a superb pass to release Shepherd again who, without hesitation, hit the same spot with such accuracy and power that the keeper stood little chance of stopping the ball. The Eagles, with confidence running high, continued the pressure with Lucy Norton taking a stunning shot at goal which went just inches wide of the post.

Wardill then took a throw from the side line which teasingly went across the Ferriby goal for Shepherd to once again toe poke into the net and complete her hat trick. When Ferriby managed to get into their attacking half a confident Izzy Holmes cleared to release the Whitestar strikers every time and dominated the defence.

Jenna Moore and Mia Richardson came on and battled hard in mid field to spur Ferriby’s chances of easing the pressure. These girls found their players well. Norton released Shepherd again but she was unlucky this time as the ball hit the post and into the keeper’s hand. Shepherd did not relent and managed to break away free two more times before the half time whistle to bring her tally to 5.

The second half saw Shepherd in goal to release Georgia Todd into the play. Ferriby should be very proud as they did not give up the fight and continued to battle hard for the ball. Todd and Chloe Reece added to Ferriby’s troubles as they also pushed up front passing the ball well.

The opposition though now packed the defence and Whitestar could not dominate as in the previous half and they struggled to find a way through but Bella Brittain had a fantastic run down the left wing and shot for goal and was unlucky not to score, but minutes later she put the ball in the back of the net with an impressive strike.

Moore managed to break free after a good build up and slotted the ball home to make it 7 – 0. Full credit to Ferriby though as just before the final whistle this side, who does not give up, broke away and despite pressure from the defence put the ball in the back of the net to make the final score 7 – 1. Man of the match Mia Richardson. 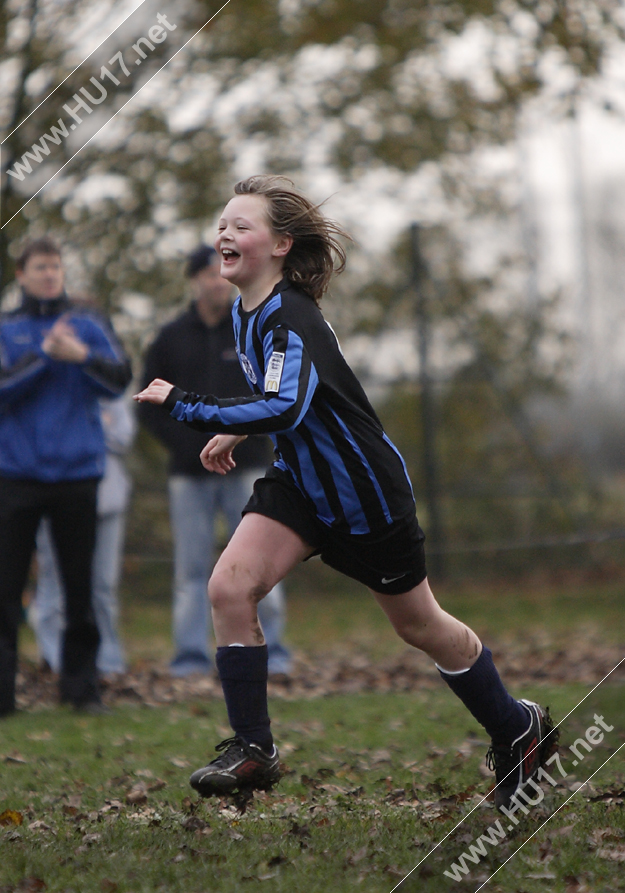