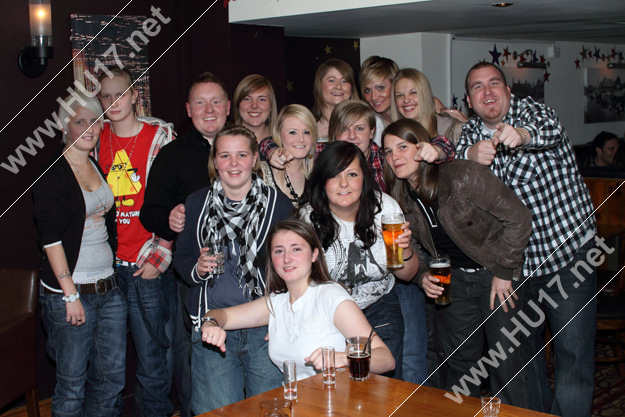 After a team night out the night before Whitestar gingerly took to the pitch hoping to maintain the recent run of good form with another win away at improving Bridlington Town. Bridlington started brightly while Whitestar struggled to find their feet. Bridlington used their speedy forwards to pressure the defence and with five minutes on the clock a Bridlington forward was half a yard quicker to the ball than Dale Boat and the Whitestar keeper brought down the attacker inside the box. A penalty was awarded and scored by Bridlington.

As the match continued Whitestar were determined to get back into the game and started playing the football for which they have become renowned and started stamping their authority in the middle of the park. Lauren Hirst and Ellie Richardson were beginning the win the midfield battle until a moment that turned the afternoon on its head when the committed Richardson went into a fifty-fifty challenge with a Bridlington player and came out of it with a broken leg. This was huge blow to the gifted young footballer and a big loss to Beverley Whitestar who had to continue with ten players for the remainder of the half. This incident only spurred on Whitestar to right the wrongs of their slow start and Rachel Fisher soon had the game level. The goal settled any nerves and Whitestar soon took control like only they can. The deadly Fisher used her pace to punish the Bridlington defence with a further two goals completing her hat trick. Before the half was over Whitestar’s Megan Jordan went on a mission from her position in defence to attack the Bridlington box and was rewarded with a fine goal. The half ended Bridlington 1 Whitestar 4.

As the second half got under way Whitestar began with only nine players on the pitch and what a tremendous effort it was from the nine fearless players. They were not content to sit back and defend their lead despite their numbers. In fact they took the game to Bridlington and used the ball wisely, defended well, worked hard for one another and showed a huge amount of self-belief. Whitestar rarely wasted possession and made Bridlington work hard in every area of the pitch. The defence marshalled by skipper Mel Marsden alongside Jenna Potter was in unforgiving mood and gave no ground winning every ball that came their way. On the rare occasion Bridlington got through they found another brick wall in the form of outstanding goal keeper Dale Boat who was in inspired form. Great interplay created another goal for the skilful Fisher who grabbed her fourth goal on the day and Whitestar’s fifth. This boosted the confidence of the midfield and the forwards. Zoe Ellis, showing trickery, twisted and turned to beat her marker and set up Jodie Berry who bagged two goals to increase Whitestar’s lead. Lauren Colman and Lauren Hirst worked hard all day keeping the ball well and constantly looking threatening when going forward. Both can count themselves unlucky not to be on the score sheet on the day, and on any other day the girls could have both grabbed a couple of goals.

This was an awesome display by all involved and to win by such a margin with only nine players for the entire second half was a display of quality that should not go unrecognised and was nothing short of wonderful. The next match is a top of the table clash with Gilberdyke Phoenix. With Whitestar in such great form it will be an uphill struggle for Gilberdyke.

A huge mention for the unfortunate Ellie Richardson, all at Beverley Whitestar wish her a good recovery and hope to see her on the side lines cheering on her team as soon as possible.