Prospective students can find out what life at East Riding College is really like in a new short film. “This is the future” is a six-minute video featuring real students giving their opinions about the College, their course and their tutors.

Produced by Brough-based JayJay Media, it features interviews and outtakes, with footage showing students working in the classroom and workshop, using the modern facilities and enjoying extra-curricular activities, such as football.

The fast-paced and light-hearted film is set to an indie rock soundtrack and there is a one-minute quick edit version for people who just want a quick look before finding out more.

“This new video has really captured the essence of life at East Riding College; challenging, rewarding, fast-moving and fun.

“Rather than myself or other staff talking about what we think, it uses the honest views of real learners to tell prospective students what they can expect from the College.

“The video is entertaining and interesting at the same time, and I would encourage anyone to watch it to find out more about East Riding College.”

Jon Fell, senior producer at JayJay Media, said: “Working on the film was a lot of fun for our team.  The staff and students were really welcoming which enabled us to capture the College’s unique atmosphere and produce a distinctive, highly stylised film.

“We believe the final product is both a very enjoyable and very effective piece of communication.” 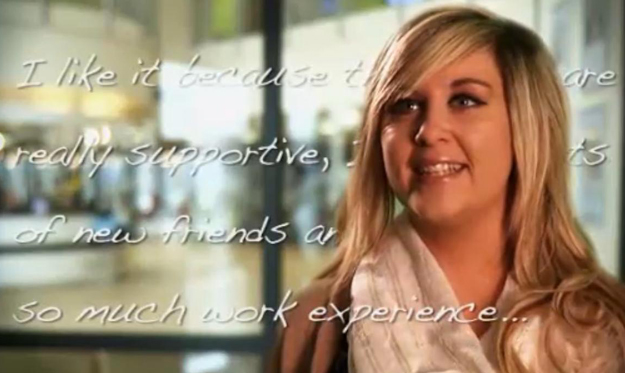