In an exciting contest on a circuit running on the roads above Walkington, Swales outsprinted his breakaway companion Stephen Ellis of Rutland CC to take the win. Ellis rode hard throughout the event, breaking away on several occasions before establishing a gap from the main bunch on his own. Swales caught up with him on the final lap and the pair built an unassailable lead over the main field of over 50 competitors.

This race is the first ever promoted by fast-growing road cycling club Velo Club Beverley, many of whose members were working as marshals, drivers and helpers at the event.

Event commissaire and local British Cycling representative Les Barratt said of the race: “It’s great to see VC Beverley stepping up and adding a new event to the road racing calendar here in East Yorkshire.
With a growing number of races like this through the season, plus the elite race weekend in July, it’s helping to turn the area into a real centre for cycling:” 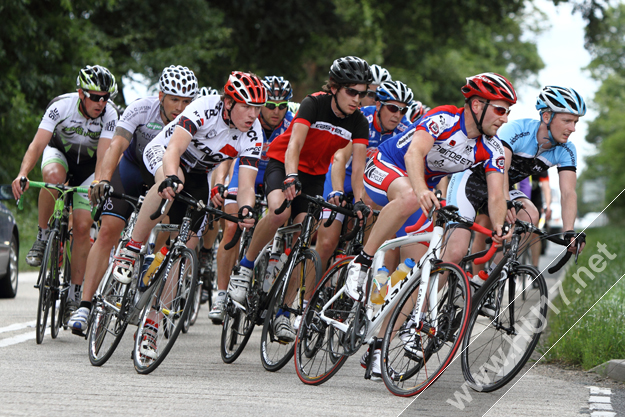