Abid hammered an impressive, unbeaten 130 as Beverley almost chased down Harrogate’s imposing target of 250 at the Norwood Recreation Ground, finishing on 226-9 and securing a losing draw.

Despite conditions certainly favouring the bat, John Lewis put in some hard yards with the ball and finished with three hard-earned wickets despite picking up an injury.

Beverley could have been forgiven for being daunted by the huge target, especially as the batting has been fragile at times so far this season.

But with opener Ian Goforth (35) giving the innings impetus, the superb Abid and the rest of the batsmen had real a stab at chasing down Harrogate’s total, eventually having to settle for the losing draw.

It was a performance that pleased captain Graeme Taylor, but he believes there’s a lot of room for improvement from his fielders.

He told HU17.net: “Overall, I was pleased with the performance of the team.

“However, I feel we need to sharpen up in the field. Any cricketer will tell you catches win matches.” 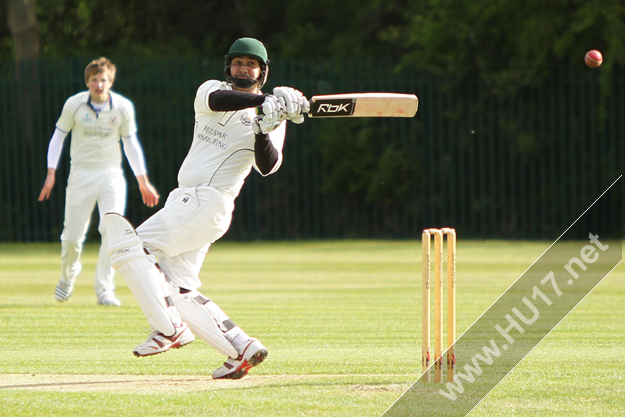