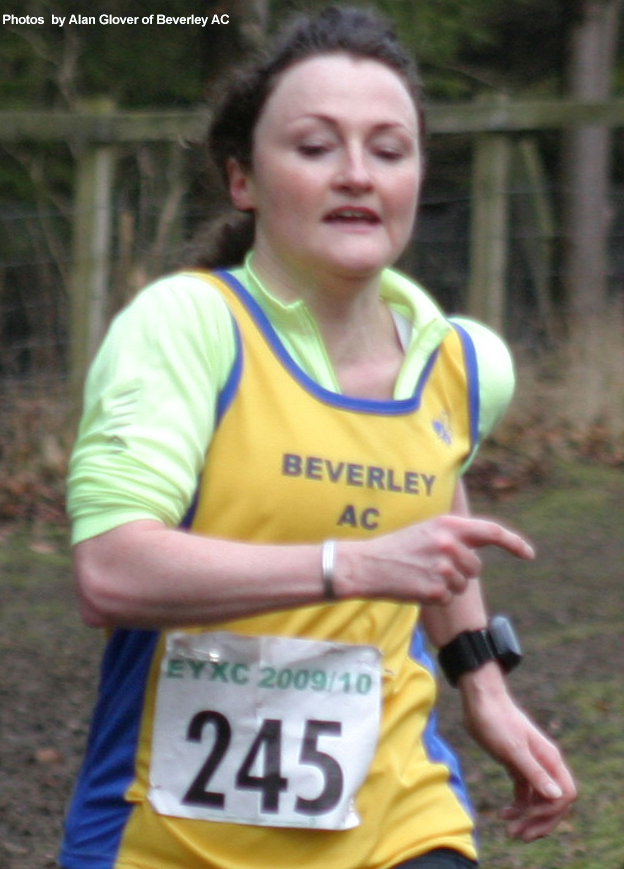 James Pearson finished fourth overall and was the first Beverley runner to finish.  After the race he commented: “It was horrible slow and sticky mud.”

Most runners had found the going really tough but Pearson noted that “Andy Johnson was outstanding and Lucy Stamford also ran really well.”

Andy Johnson was indeed outstanding as the second Beverley runner home and finishing in 23rd position overall.   In his first season in the cross country league he has competed in all races and has gradually crept up the finishing order from 55th in the first race.  The muddy conditions at Welton did not seem to hamper him and his excellent performance was rewarded with valuable points for the men’s team.

It was Lucy Stamford’s first cross country race since joining Beverley Athletic Club last year and she finished just behind club stalwart Helen Storr adding valuable points to the ladies’ team score.  Stamford was using the race as part of her marathon training and ran home afterwards to clock up a total of 19 miles.

With one race left in the series Beverley’s men’s and ladies’ teams are both lying in fourth position.  If the club can field its strongest teams they have a chance of challenging for third position but with club members committed to training for various road marathons the cross country league may not be a priority.

The race was won by Stuart Carmichael of City of Hull in 32.05 and the first lady to finish was Helen Cross of Pocklington in 37.17.