“Last night I received the support of my fellow Councillors at Beverley Town Council to launch a public appeal to raise the £800 needed to place a memorial in Hengate Gardens to the men and women of Beverley who have lost their lives in the service of their country since World War II. This will not be a War Memorial but an Armed Forces Memorial dedicated to the men and women from our Town lost in places like The Falklands and Northern Ireland.

“I feel this is long overdue as we look back over the last sixty years and now is the right time to ask the people of Beverley to support this and recognise the sacrifice of these men and women. I hope my fellow Beverlonians feel the same way and will help by making donations to The Memorial.”

Rod Evans who is a member of the Beverley Royal British Legion was delighted with news, he said “Hopefully it will stay empty and not fill up with names. It is really good news for families and friends who have lost loved ones in more recent conflicts.”

The proposed Memorial will be the same size as the Richard Hodgson & Sons one, approximately 2’ x 3’ and be sited next to the aforementioned memorial on the back wall of the gardens; the memorial header to read;

MEN AND WOMEN OF BEVERLEY

WHO LOST THEIR LIVES

IN THE SERVICE OF THEIR COUNTRY

The criteria for being on the Memorial; 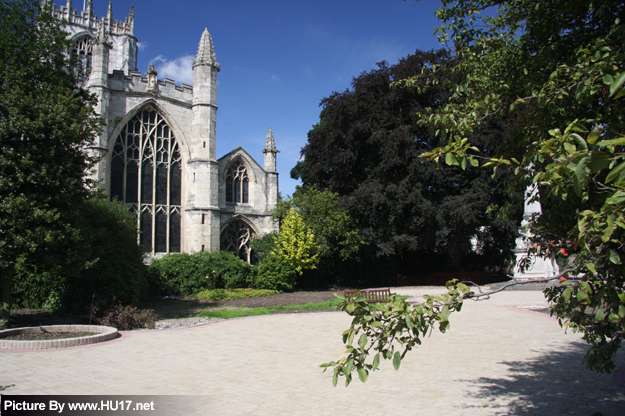 Hengate Gardens Beverley where the new Memorial will be located.

They must have been serving when died.

They must not already be on a memorial in a neighbouring Parish.

For any further information or to make a donation please contact the Beverley Town Council Directly: