Beverley United manager Danny Williams is still unhappy with the tackling his players were subjected too in yesterdays clash with bitter rivals Newland Rangers.

Speaking after the game he told HU17.net;

“Obviously I am bitterly disappointed not to win as showed we are a far more accomplished club than Newland Rangers. Look at the history – what have they won?

When asked about former Beverley United striker Moore his reply was short and to the point;

“Danny Moore lost us four match balls with his shooting, what more is there to say?”

Williams however more interested in pointing out the treatment his players received on the pitch. He paid particular attention to the crunching challenge on Micheal O’connell that was missed by match officials missed.

“You’ve seen the photos – one of their players should have been sent off, it is amazing that O’connell escaped without serious injury.

It goes with the idea that to stop Beverley United you have to kick Beverley United and that kind of thing was waiting to happen, many people have got away with too many bad tackles. We’ve escaped a few times but it’s just not acceptable at any level.

All in all one team will be delighted with the draw and it’s not us.” 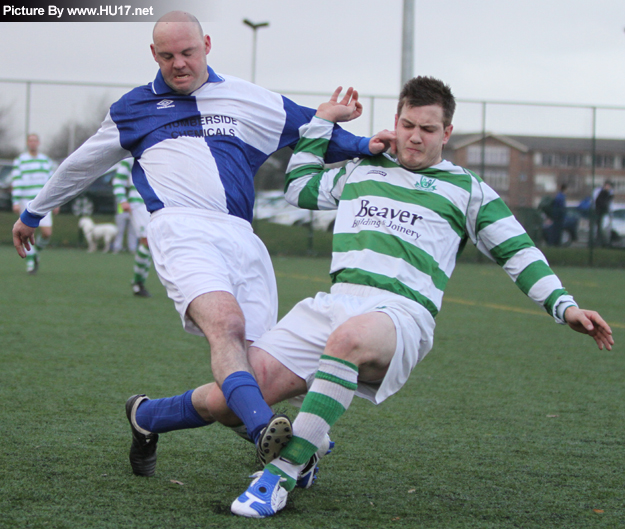