As the Beverley Christmas Festival approaches John Bird the festival chairman reflects on how the show has developed over the years in his programme notes. Pictures from Beverley Festival of Christmas 2009

The Christmas Festival which is on the 13th December 2009 starting at 10.00am going through till 4.00pm is all set to be the biggest yet with thousands of people expected.

There will be a park and ride system in place where motorists can park at the Beverley Racecourse and a bus will take them into Beverley Town Centre, the parking is free with a return ticket on the bus being just £1 adults with children travelling free.

The Star of the Beverley Christmas Festival is of course Santa Claus, complete with his sleigh which will be drawn by Cairngorm Reindeer through the centre of Beverley. Scheduled to leave Wednesday Market at 10.15am, this will be a truly magical moment for children and any one who is young at heart a spectacle not to be missed.

There is lots of entertainment including the Beverley Brass Band, The Ragamuffins, Beverley and District Pipe Band, Beverley Community Choir and the Beverley Garland Dancers are just a few of the acts that will entertain the crowd.

As usual there many of the ever popular features including a large festive market many of which are locally based traders a classic car rally, Bernese Mountain dogs and Victorian Fairground. If that’s not enough there will also battle re-enactment at North Bar. 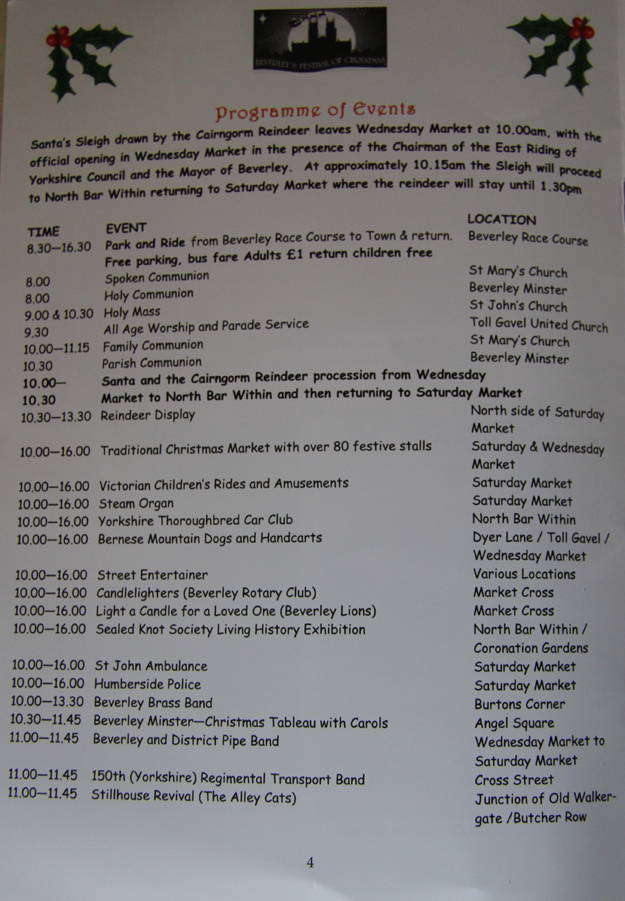 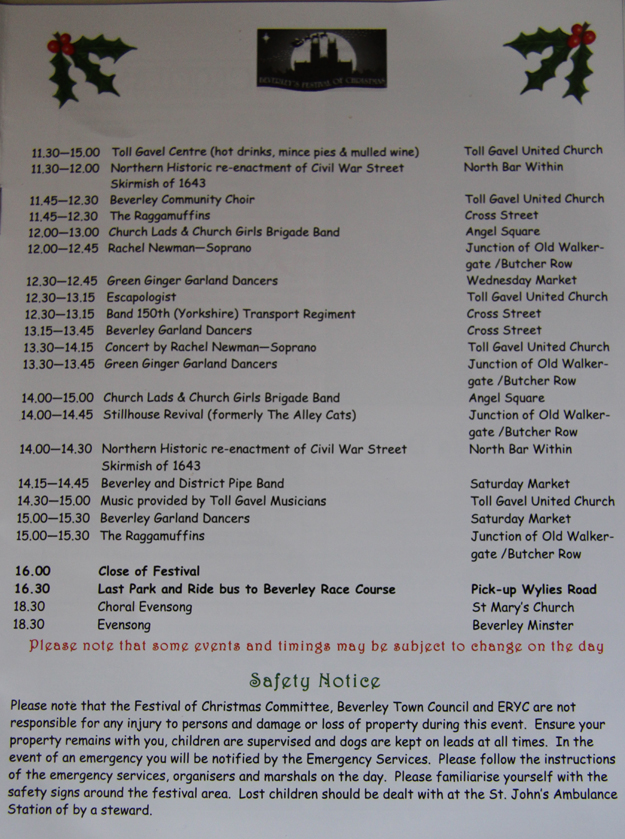