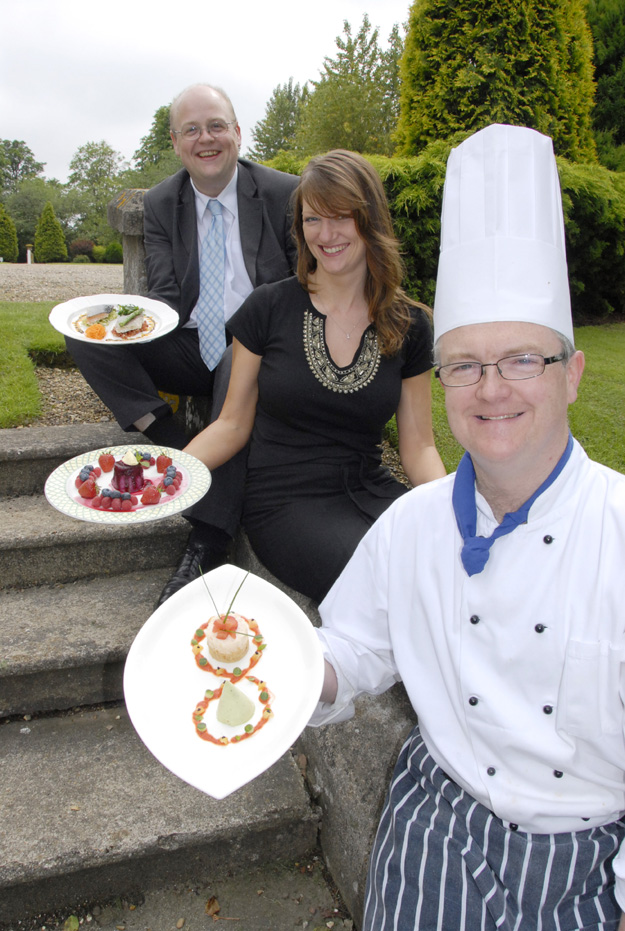 All the ingredients are being mixed together for the fourth annual Beverley Food Festival, on Sunday October 4th 2009.  Organised by Beverley Town Council, the event will see the Market Place come alive with the tempting tastes and alluring aromas from upwards of seventy stalls, which will be selling local produce from the East Riding of Yorkshire.

Councillor Matt Snowden, chairman and founder of the event, said:  “Beverley Town Council is delighted to be running this event again, which has proved a big hit over the past three years.  As a major service centre to a wide rural hinterland and one of the principle towns in the East Riding, it is vital that we play our part in making locally produced food as easily available to people as possible.  This is especially important during the current economic climate, as it allows us all to support rural food businesses, which are a major part of our local economy.  We also want it to be a fun and informative day, with a range of free cookery demonstrations carried out by top local chefs in the Food Festival Marquee, together with entertainment, a charity barbeque and much more.”

Last year around 10,000 people visited the festival, with many stall holders selling out before the end of the day and having to replenish their stocks with crops taken, quite literally, straight from the field and placed on stalls.  Alongside promoting local food, it is also hoped that the event will give a boost to businesses within the town, which may also be feeling the financial pinch.

Helen Watson, Deputy Town Clerk and Food Festival Organiser, explained:  “We anticipate that the Food Festival will also bring people into the many cafes, pubs and restaurants that our town enjoys.  With the combination of excellent local food, fun cookery demonstrations and an opportunity to investigate what else Beverley has to offer, we hope that people will want to continue coming back to the town.”

A new element of the event will be the first official Beverley Local Food Awards.  Taking place as an appetiser to the main course, these are to be held in the week before the festival and will see many of the stall holders entering their produce into a range of categories, to see which the judges choose to be the best on offer.  Judges include special guests: Marcus Heald and Jonathan Parker from BBC Radio Humberside; East Riding Hotelier Association Chairman Paul Vincent; and Ray Woodcock, editor of the Journal.  They will sample a range of produce, from jams and pickles, to cheese and deserts and present winners with certificates during the awards evening, held at Tickton Grange.

Helen Watson added: “We are very grateful to Tickton Grange for their continued support of the event and look forward to celebrating the very best of local food.  We hope that the awards will help to raise the profile of businesses and encourage both residents and dining establishments to buy locally.”

The event will run from 9am to 4:30pm, but will be officially opened in the Food Theatre Marquee at 10am by Caroline Davis from BBC Look North.  She will be joined on stage by the Mayor of Beverley, Councillor David Elvidge, who said:  “Beverley has a long and proud history of being a principal market town, which now has a growing reputation as a place of popular and successful festivals.  The Food Festival is a welcome addition to the festival calendar and reflects the abundance of local food the area has to offer.  The Town Council is proud to hold host to so many people who have a clear passion for both producing and buying good quality, Yorkshire fare.”

The event will also be raising funds for the Mayoral Charity, the Soldiers, Sailors, Airmen and Families Association (SSAFA), through a barbeque, serving food available from stalls on the day.  BBC Radio Humberside’s Andy Comfort will also be on hand, broadcasting his Sunday morning show live from the event which will be be officially opened at 10.00am by Caroline Davis of BBC Look North.  If anyone has enquiries, they can contact Helen Watson on 01482 308311 and 01482 874096 or email helen.watson@beverley.gov.uk