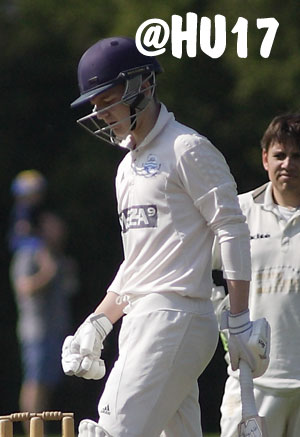 Highlight of the game was a fifth wicket partnership of 103 between opener Harry Gamble (73) and skipper Andy Burton (44) built on Pete Shally’s 26 to help Town to 219 all out.

A magnificent opening stand between centurion Will Parker (120) and Tony Spence (75) give Town a great start at a Hornsea ground which was in superb condition despite the recent wet weather.

Whyley completed his day with 3-54 and Joey Franklin took 3 for 27. Connor Bowden took 2-41 in a good all-round team performance

Will Harrison batted through the Town innings to give Beverley a hard-earned win as they scored 126/5. 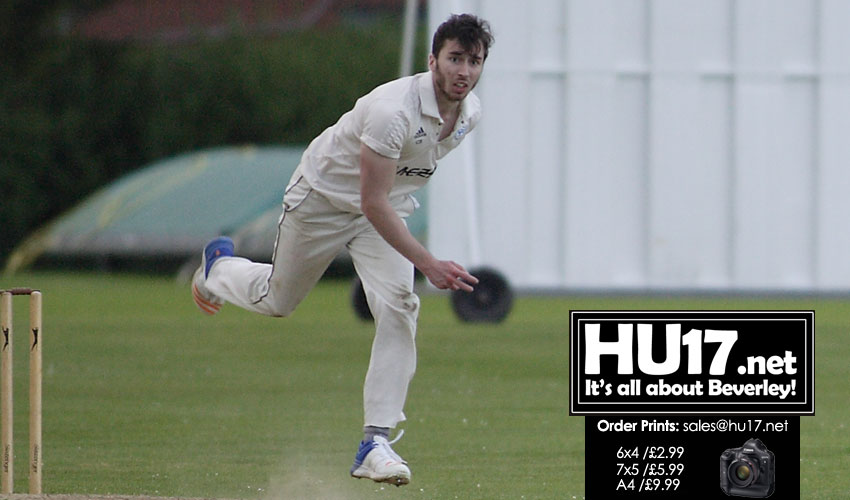 There was also a win in the Holderness Division 4 as Beverley 4th XI beat Middleton & North Dalton 2nd XI  by 7 wickets.

A strong 4th XI had a comfortable win with Charlie Bough, five wickets including a hat-trick, reducing the home side to 87 for 9.

Captain Kev Thompson and debutant Jed Foster, who had a good day with bat and ball, saw Town easily home at 89 for 3.

Another win was to come the way of the club in the Holderness Sunday Conference with the newly formed Beverley 5th XI beating Sutton 3rd XI by 6 wickets.

Beverley 5th XI made their bow at Sutton and Captain Rich Simpson gave his youthful bowling attack full rein and they rewarded him with some decent performances.

RJ Thompson (73) and Matt Hudson (26 no) helped Town to maximum points as Sutton’s bowling attack made it hard work for them.