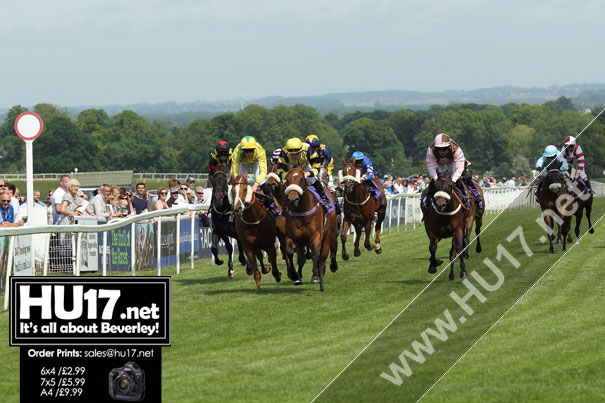 Trained in Newmarket by Conrad Allen, the five-year-old mare struck for the first time in over two years at Leicester a fortnight ago when she won a competitive conditions stakes by one length.

The daughter of Camacho, who missed the entire 2015 campaign due to injury, now tries to repeat the dose in a cracking renewal of the £14,000 five-furlong sprint at 3.10pm.

Hay Chewed, a Listed winner at Ayr in June 2014, will have the assistance of title-chasing jockey Silvestre de Sousa and breaks from stall four in the 12-runner dash.

“She’s been very, very unlucky this year as she’s never really had her conditions.

“She’s a very quick horse, and though it looks a hot race at Beverley she would have a live chance.

“Silvestre was going to go to Lingfield, but it’s obviously great news he rides her as he liked her a lot when she won at Leicester.

“She’s got a little bit to do at the weights, but if she runs to her best she can win.

“Last year she suffered a fracture which kept her off the track all year so it’s been lovely to see that she still has the appetite for racing.

“It’s a very competitive race with good prize-money on offer, but she’s in great form.”

Lightscameraction, trained by Gay Kelleway, heads the weights in the Eddie And Violet Smith Conditions Stakes.

The four-year-old gelding’s finest hour came at Lingfield in February, when he showed lots of pace to account for Take Cover by a neck in the Listed Hever Stakes.

The locally-owned Tangerine Trees, a half-brother to last month’s Bullet hero Alpha Delphini, won this race in 2010 and has been declared by new trainer Mick Appleby.

Line Of Reason broke Beverley’s five-furlong track record earlier in the year with a one-length defeat of the Sir Alex Ferguson-owned Red Pike in June.

The pair renew rivalry tomorrow, while Son Of Africa and Caspian Prince – a respective seventh and 10th in the Bullet last month – are also in the hunt for the £14,000 prize.

Eastern Impact, the highest-rated horse in the field, Double Up and the three-year-old Ornate – second to Hay Chewed at Leicester – add strength in depth, with the field completed by Ziggy Lee.

Beverley’s eight-race, seasonal closer begins at 2.10pm, with the going on Monday morning described as good, good to firm in places.

Cloud and sunshine have been forecast for the finale, with temperatures set to reach a high of 17C.