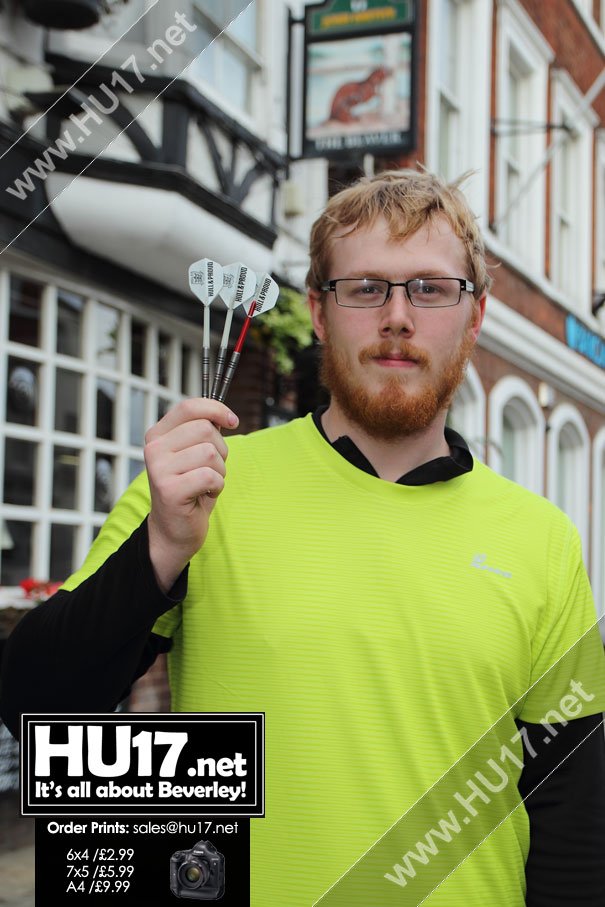 Callum Ledingham is organising a charity darts night that will take place at the Beaver Pub on Tuesday 22 September.

Callum who works at Beaver is looking to raise sponsorship ahead of a gruelling 200 mile bike ride that he will be tackling in October.

“The idea behind the dart tournament is to raise money for the Hull and Proud Foundation.”

“This was set up by Hull FC to raise money for a number of local causes, including Life for a Kid, Steve Prescott Foundation, the Disability Trust and Hull FC community foundation.”

“It would be great to see some local darts players come out to support the event. The entry is fee is only £2.50 and there will also be some winter special drink offers on the night.”

“Proceedings will get underway at 8PM, but it would be nice if people came a bit earlier so we could get the draw sorted out.”

As with any competition Callum says there will be some sort of cash prizes with the amount being dictated by the number of players who enter.

“It will be cash prizes on the night but will also be holding a prize draw and bus stops, so there is plenty to win.”

Some players have already pledged their backing to the competition.

Andy Chapman who won the N.U.R.S.E. Knock Out title back in April has confirmed he will be taking part and will no doubt go into the competition as one of the favourites.

The man he beat in the final that night Paul Brooks has also confirmed he has entered meaning the standard of darts on the night will be good.

“We delighted to be hosting this event for Callum. As a pub we have a number of darts teams and competition nights in Beverley have a reputation of been well supported by the local players.”

“It will be great to see a few of people who play in the local leagues show their support Callum while enjoying a good game of darts. On the night, there will be a lot of offers on the bar, including pints from just £2.60.”