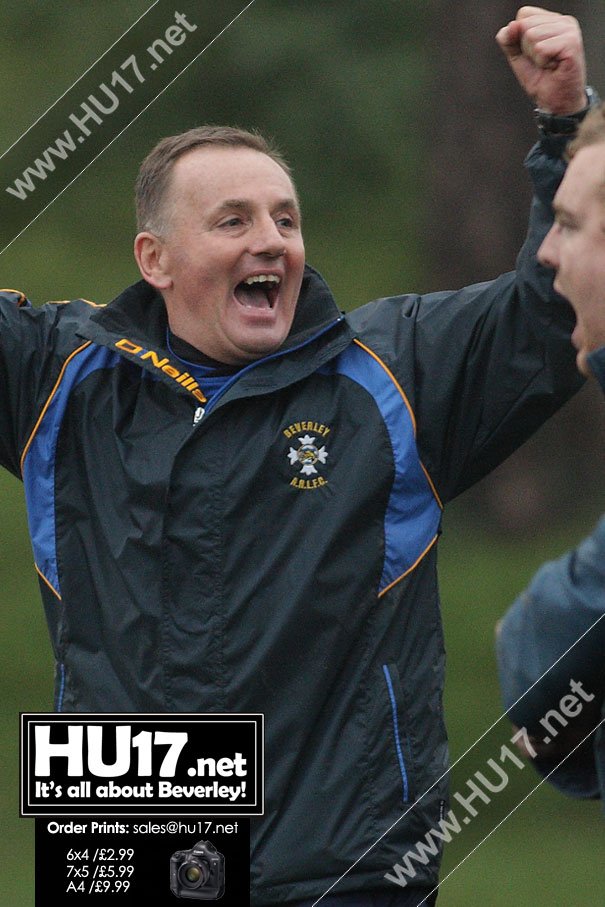 Beverley ARLC have booked their place in the Tom Beautiman Cup Final thanks to a late penalty from Jack Howdle.

In wet conditions The Blue and Golds who are first in the table hosted second place Three Tuns, the only side to have beaten Beverley this season in a pulsating game.

“This was a massive win for the club. It was the best performance in many years for a side that has been struggling for the past 15 years.”

“For us to reach the Tom Beautiman Cup Final is good for the players, the people involved and everyone who has come to support us over the years.”

“Three Tuns are class outfit without a doubt. They have three or four top players and today our lads matched them. Robson had a great keeping one of those key players quiet all match.”

Beverley did not have it all their own way. Despite a good start the home side were unable to make the pressure count and soon found themselves six points behind.

It did not take too long for Beverley to get back on level terms. Adam Robson finished off a move to score in the corner. Ryan Watkin stepped up kicking the conversion to level the scores at 6-6.

As conditions got damper and the pitch became heavier Beverley carved out a four point advantage as Watkin and then Howdle kicked penalties given Beverley a slight edge in game that was too close to call.

With only around 15 minutes left in the match Three Tuns started to turn the screw. Beverley’s eagerness to put pressure on their opponents saw the home side surrender possession on more than one occasion. Howdle said;

“This is the fittest the lads have ever been, at times officials think they are offside as they are much quicker than they are used to seeing in this league. Other times when we lost the ball in vital places the side were just a bit too keen to get on with things, but we are working on that.”

With time running out the momentum was firmly with Three Tuns as they looked for the score to get them back into the game. Eventually with little over 10 minutes left in the game the visitors scored a try in the corner to level scores but failed to make the kick that would have put them ahead.

“We gave the ball away to allow them to get some repeat sets. When they scored I feared the worst as this is how they beat us on the opening day of the season.”

Beverley however got the all important break when they were awarded a penalty just of centre and only a few yards from the posts.

With extra time looming Jack Howdle stepped up to slot the kick home restoring Beverley’s lead and winning the match for the Blue and Golds who will now face Hull Dockers in the final.

Summarising the day Howdle praised all his players for their efforts saying all them could easily have been named man of the match. That accolade however went to Rich Etherington.

“When I took over one of the goals I set was reaching the Tom Beautiman Cup Final, this is a very prestigious trophy and now we will be favourites to win it.”

“On the night of sportsman’s dinner we have reached the cup final and are top of the league, it’s like being in a dreamland. There is a long way to go but if we keep playing the way we are doing then I am confident we can do well.”

Beverley return to action next weekend with another tough fixture as they welcome Myton Warriors to the Beverley Leisure Centre.