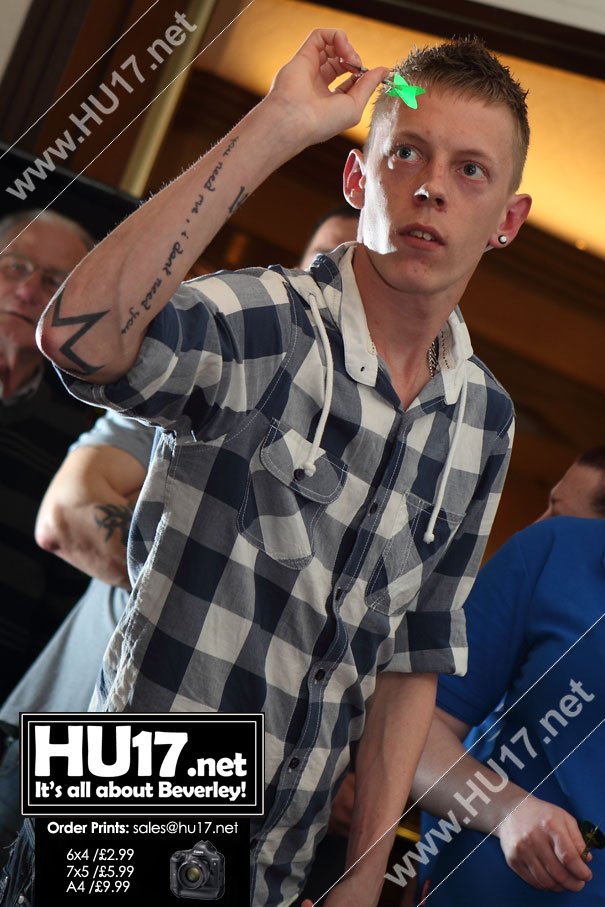 80 darts players including a team of ladies from the Humber Keel took part in N.U.R.S.E. charity darts tournament at the Beverley Conservative Club.

Organised by Stuart Hall, Scott Clark and Sally Groome the event is in its third year and continues to grow in popularity with local players who get to go head to head while raising cash for a worth while cause.

The overall event was won by Terry Jackson who beat Brian Kirkley in the final but the real winner was the charity N.U.R.S.E. after £560 was raised on the night.

“All credit goes to Stuart, Scott and Sally for organising the knock-out, raffle prizes and venue.”

“This was third time it has taken place and the event went down well with everyone with even more competing in the challenge than last year.”

“Because it was so well organised I’m sure next year will be as successful.”

Winner Terry Jackson, runner up Brian Kirkley and winner of the 3 dart knock-out competition Gary Julian helped to boost the final amount raised by kindly donating their prize winnings back to the Charity.