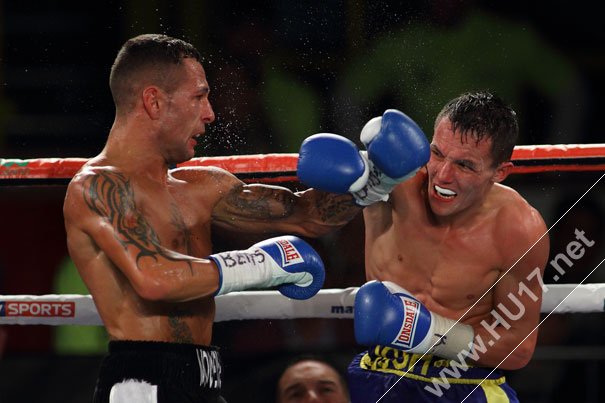 Hull again showed why the city is fast earning its self a reputation as great place to host top flight boxing.

A packed out Hull Ice Arena enjoyed what can only be described as a feast of boxing that saw a number of local lads step into the ring.

Zak Collins clocked up another win in his professional carer as he out scored Matt Seawright in a Light-Welterweight contest.

Driffield’s Curtis Woodhouse also put on another solid show as he battle his was to victory beating Lewis Van Poestsch.

There was disappointment for Hull’s Samir Mouneimne, who was up against Josh Warrington. The pair both went into the ring undefeated as that fought for the vacant Commonwealth Featherweight Championship. Warrington was to have the final say as he finally got the better of Moueimne late on in the fight forcing the referee to end the contest.

Richard Towers came unstuck as he was beaten by Lucas ‘Big Daddy’ Browne in a Heavyweight eliminator, Browne proved to be too powerful almost forcing Towers out of the ring.

Tommy Coyle claimed the IBF Inter-Continental Lightweight Championship with a commanding performance knocking out John Simpson to the delight of home fans.