Another workmanlike afternoon for Beverley RUFC. Although Keighley started brightly and took an early lead they were eventually put to the sword. Eight tries, mostly in a second half blitz, took Beverley RUFC to within a single point of league leaders Wheatley Hills. Beverley RUFC are currently going well and at present it is not so much a question of will they win but will they win with a four try bonus point.

However, as is their wont they were slow to get going again today and fell behind before they had even had their hands on the ball. Beverley RUFC kicked off and Keighley immediately swept upfield and burst through the middle for Harry Titley to touch down for a try which fellow centre Ben Blackwell converted. Early on Keighley looked a lively side with bags of enthusiasm. But once Beverley RUFC were into their stride they soon began to dominate and it became merely a question of time before they cut loose and started accumulating tries. Goran Jelencic put them on their way after quarter of an hour with a well worked try but Keighley very nearly added to their early score when they broke clear with an interception in midfield. Only a tremendous tackle by James Holland chasing back denied them a second try. There were some good Beverley RUFC performances today but Holland in particular had a terrific game at open side.

Lee Birch on his return from injury soon made his mark with a lovely run down the right and then followed it up with a try under the posts after Chris Infield had made a sniping break down the blindside. Beverley RUFC might have added to it several times but there were frequent errors in their handling, usually through over-elaboration or pointlessly throwing out miss-passes. Still, if your game is based on panache and flair some mistakes are bound to happen and they are more than compensated for if the ambition brings tries. Beverley RUFC have scored 450 points in just eleven games so far this season, averaging over 40 per game. You cannot argue with that.

There are few sides in this league able to cope with the slickness of the Beverley RUFC backline and Keighley are not one of them. Nonetheless another Jelencic try with two conversions by Phil Duboulay was all that Beverley RUFC had to show for their first half superiority. Blackwell kicked a penalty for Keighley and surprisingly Beverley RUFC led only 17-10 at the interval.

In the second half it was a different matter. Duboulay kicked an early penalty after which they steamed steadily ahead. Richard Bussey with a thirty metre run went over to secure the four try bonus point; Infield added another try with a sprint down the left and at 32-10 it was all over for Keighley. They stuck at it bravely and moved the ball about in their backs but they lacked the finesse or composure of the home side and could make little impression on a solid defence.

Another thrilling run by Birch from deep in his own half set up a try for flanker Chris Brant, taking the ball on the burst and sprinting clear down the left touchline. A chip and chase by Jelencic brought another, and a crossfield kick by Duboulay was scooped up by Jelencic who raced over for Beverley RUFC’s eighth try and his fourth of the day. Duboulay kicked two second half conversions and Beverley RUFC ended up only one point short of a fourth fifty point haul of the season.

So Beverley RUFC march on, still going neck and neck with Wheatley Hills. Next week’s showdown between the two will undoubtedly be a tough assignment. Beverley RUFC on their current form have every reason to feel confident but they will need to be less profligate with wasted chances and will be well advised not to take a quarter of an hour to get their act together. A mouth-watering encounter is in prospect in south Yorkshire and the outcome of it could be of significant importance come next April. 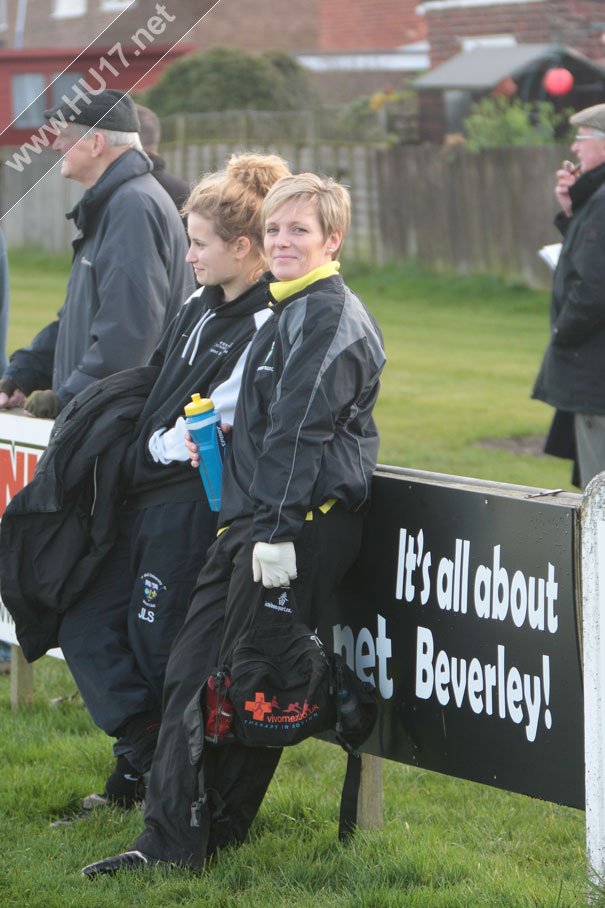