The 2nd annual Goole Viking Striders Junior Cross Country event was held on Sunday at Snaith School.  This new event attracts club runners from the Yorkshire region.  The pressure was on for Beverley Athletic Club; after last year’s huge successes of being the club to score the most points overall and take home a splendid trophy.

The drizzle did not dampen the enthusiasm as Oliver Cockerill got Beverley off to a good start, storming home first in the age 11 and under boy’s race.  Next up was the girl’s race which was won by Beverley’s Morgan Dennis, with 2nd place going to Lauryn Garwood.

Beverley failed to take any positions in the age 13 and under races, leaving just the 15 and under competitors to score valuable points.  First across the finish line for the boys was Ethan Dalton, with team mate Connor Spilsbury taking 3rd.  In the girl’s event Nicole Dawson came a convincing 1st.

The presentation was held after the races, with individual prizes awarded for the first three places in each event.  For the second year running, Beverley won the prize for most points scored.  The Beverley juniors and their coaches, Neil and Rona Sergeant, were absolutely thrilled with the result and are looking forward to receiving the engraved trophy once again. 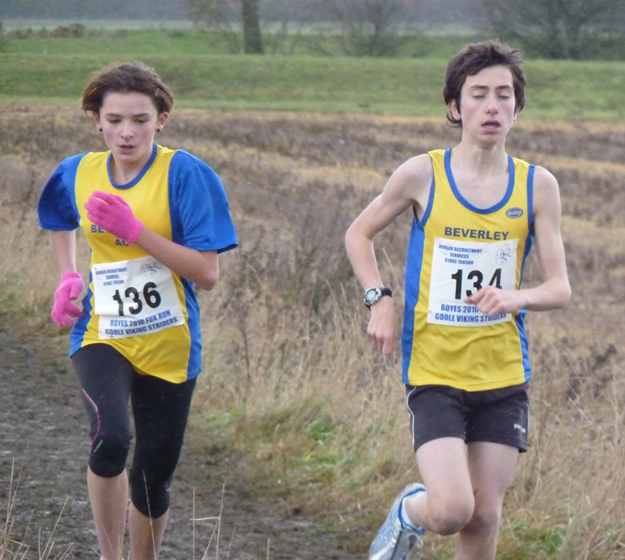