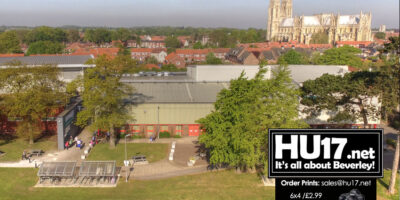 These new sessions will be suited to those people who would like to take part in some fun and friendly activity. 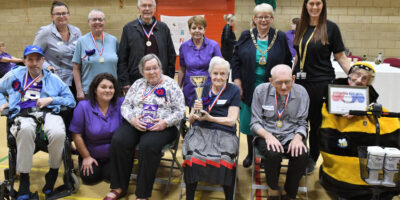 The annual Care Home Games grand final has been held at the Beverley Leisure Centre.

organised by East Riding of Yorkshire Council’s Sport, Play and Arts Service 16 teams from care homes across the East Riding to compete in the grand final. 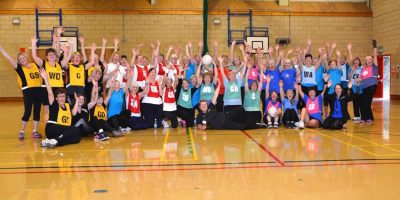 The council’s Sport, Play and Arts Service, in partnership with the local England Netball Development Officer Pauline Hardy, recently celebrated the third anniversary of Walking Netball starting in the East Riding of Yorkshire with a tournament at East Riding Leisure Beverley.

Teams which are based in the East Riding leisure centres of Beverley, Haltemprice, Withernsea, Driffield and Bridlington attended the competition. 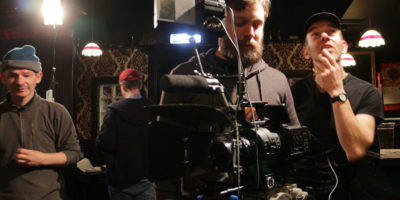 Hull filmmaker Phil Codd has realised a lifelong dream with the final day’s shooting of his debut feature film, B-Negative.

Phil, a popular composer, musician and filmmaker on the regional arts scene, directed and wrote the full length vampire comedy, B-Negative, which has been produced, shot and cast entirely in Hull and East Yorkshire by his company, Mollusc Films. 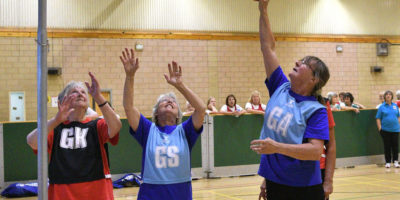 Following a successful launch of walking netball and football in Bridlington by the East Riding of Yorkshire Council’s Sport, Play and Arts Service the sessions are to continue free of charge until early November.

The new walking netball and walking football sessions will take place at East Riding Leisure Bridlington where they were launched earlier this month as part of Older People’s Day with a view to demonstrating that age is no obstacle playing sport and meeting new people. 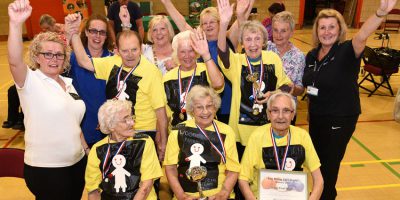 The annual Care Home Games grand final was held at East Riding Leisure Beverley last week where older residents from the East Riding battled it out for the top prize.

The event was organised by East Riding of Yorkshire Council’s Sport, Play and Arts Service and enabled a total of 16 teams from care homes across the East Riding to compete in the grand final of the competition which saw players ranging in age from their late 60s to 102 years old, put their Boccia soft bowls skills to the test. 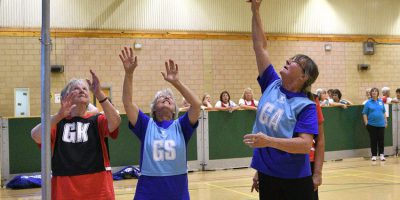 Brand new walking netball sessions are to launch in Driffield later this month with the aim of helping ladies who may be worried about their fitness levels or mobility issues discover the sport for the first time or re-discover their love of the game.

The sport was introduced to the East Riding in 2015, by the council’s Sport, Play & Arts Service with the support of England Netball, and has gone from strength to strength ever since with weekly sessions now taking place in Beverley, Haltemprice, Withernsea and Goole. 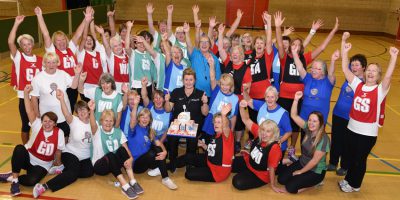 If getting fit is one of your New Year’s resolutions but you are worried that your age or mobility may be an obstacle then why not have a go at walking netball?

Over the coming weeks walking netball sessions will re-start at leisure centres across the East Riding including Beverley from Monday 9 January, from 12noon to 1PM.

Competition was fierce among the teams of older people from across the East Riding who have battled it out at in the Inter-Village Games.

A walking netball tournament has been held to celebrate the first anniversary of the sport being launched in the East Riding.

An activity group for cancer survivors has been awarded almost £2,000 to purchase new sports and recreation equipment to help them continue their recovery.

Sarah Johnson celebrated reaching the ripe old age of 40 at a private party held at Inspiration in Beverley on Saturday evening. Arranged by husband Nic, the venue was decked out with a selection of photographs each displaying Sarah’s remarkable array of hairstyles over the years. A band of around thirty close friends were in attendance, and all present danced and drank the night away! HU17.net Picture Gallery: Click on…