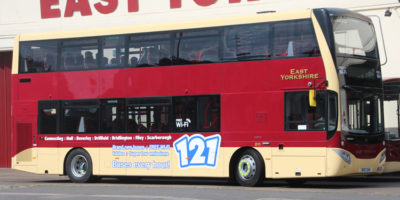 Bbuilt to the very latest low exhaust emission standards, the Volvo buses have bodies built by MCV at their factory in Egypt. 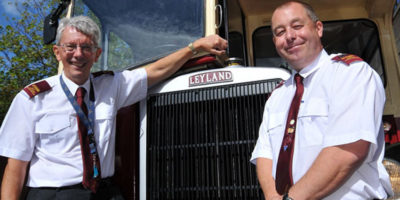 Hull’s wildly popular Big Bus Day returns again for 2017, with lots to see and do at the Streetlife Museum of Transport. 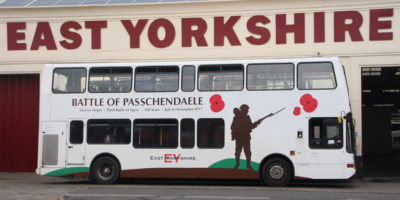 East Yorkshire’s well-known ‘Poppy Bus’, first decorated to celebrate the centenary of the start of WWI in 2014, has just been re-liveried again to mark 100 years since Passchendaele, also known as the second Battle of Ypres, which took place between July and November 1917.

EYMS chief executive Peter Shipp says the bus was so well received by people that the company have kept with the theme.

Passengers on local buses can expect to see nuns, army offices and cartoon characters driving buses through the region on Friday 18 November.

If you are planning on taking a bus in Beverley this Friday you can expect to see nuns and cartoon characters driving buses on the day.

Hull-based bus company is EYMS are encouraging local people to hop on the bus this Easter by offering reduced price weekly tickets.

A barge belonging to the Beverley Barge Preservation Society has been transformed following the donation of some surplus bus seats to the Society by Hull-based bus operator East Yorkshire Motor Services.

Hull-based bus company EYMS are celebrating the festive season by halving their weekly ticket prices. As part of the company’s Twelve Days of Christmas promotion

To help recognise the commemoration going on this year of the centenary of the outbreak of the First World War, Hull-based bus company East Yorkshire Motor Services

East Yorkshire Motor Services (EYMS) and Hull Museums are hosting another of their popular Big Bus Day events following the record attendance in 2013.

The Go Card, which gives young people 20% off bus fares, is available to anyone aged 16, 17 or 18 in Hull, East Yorkshire and North Yorkshire.

Member of Parliament for Beverley and Holderness, Graham Stuart has met with the Secretary of State for Transport to press him for greater support for Rural Bus Services by rebalancing the funding formula