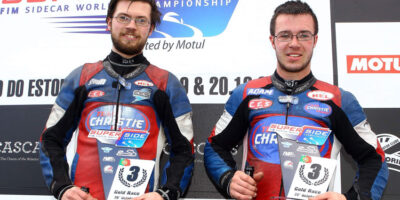 Beverley based sidecar team of Sam and Adam Christie travelled to Estoril in Portugal for the final round of the FIM Sidecar World Championship.

Free Practice got off to a great start with the team running consistently in the top 3. 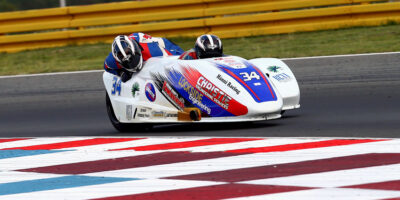 August proved to be a busy month for Beverley based World Championship sidecar team of Sam and Adam Christie.

They have taken part in back to back rounds, firstly at Assen in Holland and also then on to Rijeka in Croatia. 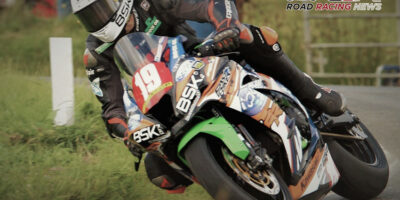 Sam and Adam Christie enjoyed a successful in Germany in the latest round of the FIM Sidecar World Championship.

The Beverley based duo now sit in fifth place in the championship after the latest round saw them improve on their previous visit. 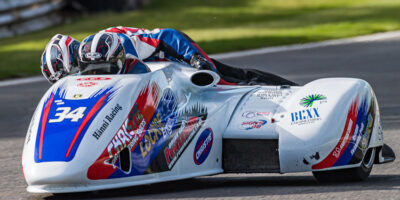 June was a great month for Beverley based sidecar team Sam & Adam Christie.  It saw the team head down south to Brands Hatch for the second round of the British Championship.

The brothers were using this as extra track time two weeks ahead of the second round of the World Championship at Pannoniaring in Hungary. 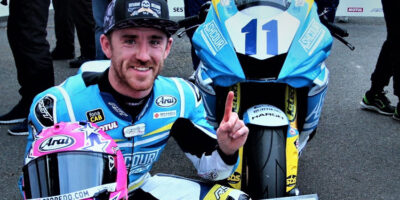 Consistently near the sharp end of the Supersport timesheets during practice week, Johnston following a solid top 15 placing in the RST Superbike race, produced a quite brilliant display aboard the Ashcourt Yamaha to take the spoils in the opening Monster Energy Supersport encounter. 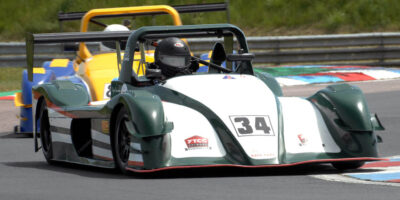 Saturday saw qualifying where he achieved a time of 1min 22secs placing him sixteenth on the grid with the MCR S2 car. 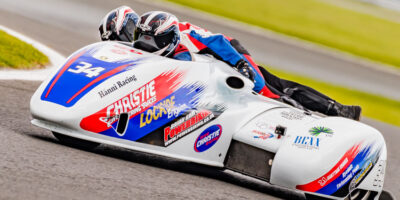 Beverley brothers Sam and Adam Christie claimed a credible fourth spot in the latest round of the British Sidecar Championship.

Held at Oulton Park, the brothers excelled setting a personal best at shaving 1.5 seconds off their previous best lap time. 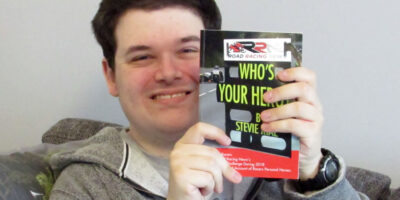 In 2018, Stevie Rial from Beverley, owner-editor of Road Racing News, interviewed 365 road racers with his ‘Ten Question Challenge’ on www.roadracingnews.co.uk.

The huge success of the challenge inspired his first book, Who’s Your Hero? 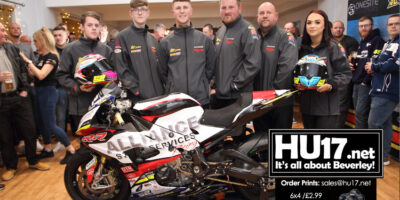 Alliance Steel Racing revealed the bike that their rider Jordan Rushby will be racing on in the upcoming Superstock 1000 Championship.

Rushby from Beverley has been racing since he was nine years old. Now aged 21 he will again be on BMW in the 2019 Superstock 1000 Championship.

Beverley based sidecar racing family of the Christie brothers say things are shaping up nicely ahead of the 2019 season.

The pairing enjoyed great success in 2018 and as a result are looking forward to this year with some great confidence. 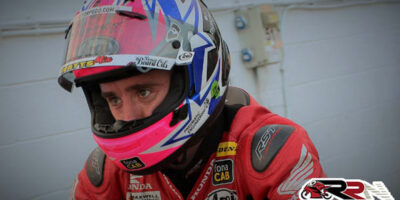 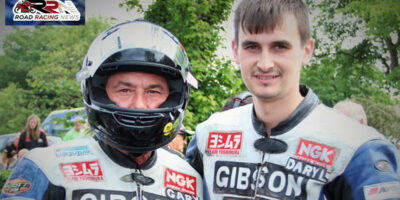 Fastest Sidecar newcomers of 2017, the father and son team of Gary Gibson/Daryl Gibson are confirmed to return this May to the Mountain Course, as they aim to build upon their impressive performances from recent TT ventures.

Last June saw the Beverley based duo build and some upon their momentous event debut from 2017, banking series of impressive results. 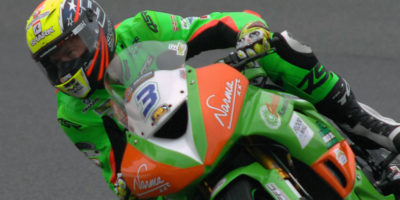 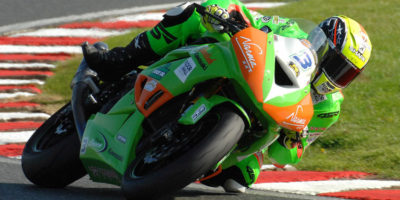 Saturday saw the pairing compete in qualifying, where Rushby placed the Alliance Steel Racing BMW twenty ninth on the grid (1min 41.4secs), while Westmoreland placed the Gearlink Kawasaki eleventh (1min 39.8secs).  Later in the day Rushby competed in race one of the weekend run over fourteen laps, with Westmoreland completing the Supersport Sprint race over 12 laps. 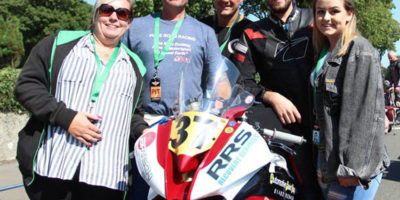 After a turbulent practice week for all competitors, due to persistent inclement weather plus circumstances outside of event organisers control, race week for YZF R6 Yamaha mounted Ward began with the four lap Mylchreests Junior race. 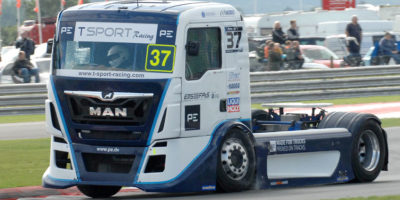 One week after the FIA ETRC round in Most, Czech Republic, Terry Gibbon from Brough driving the T Sport Racing MAN participated in the 6th round of this year´s British Truck Racing Championship back in the UK.

Held at Snetterton it was an important event for the team as their partners EMS and FP&S Truck and Trailer Parts – in cooperation with PE Automotive – once again invited their local customers to join them for the weekend. 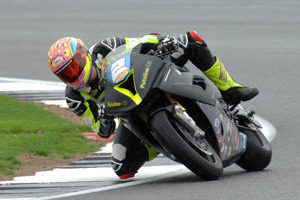